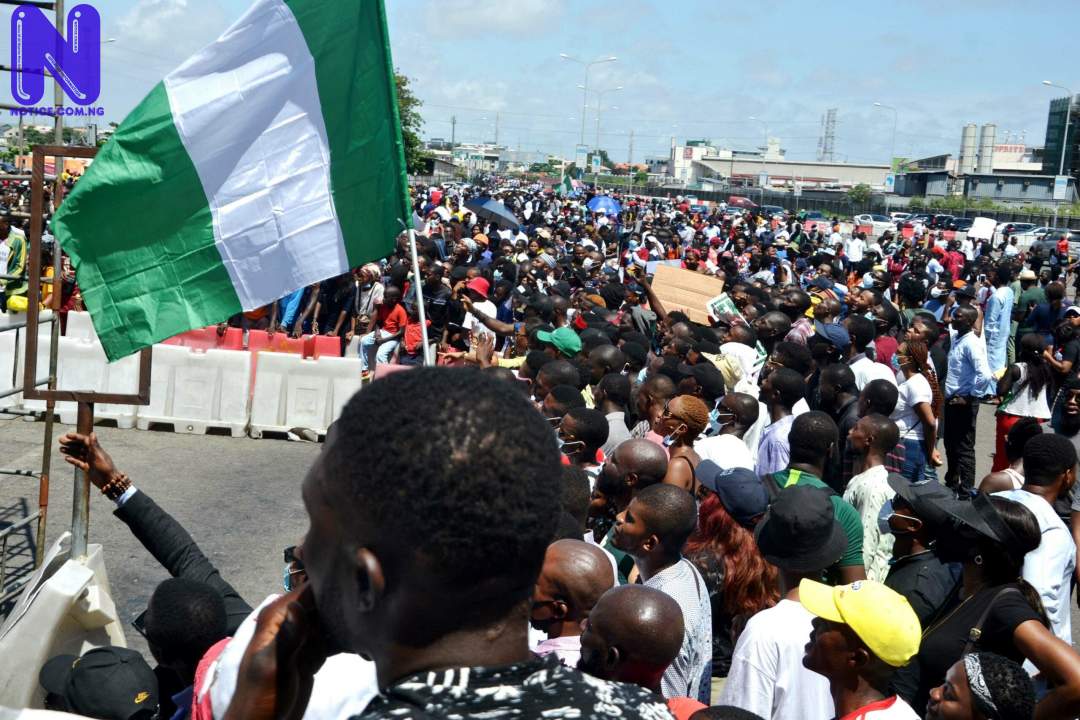 There is palpable tension in Nigeria’s commercial city, Lagos, over another round of End SARS protest at the Lekki toll gate on Saturday.
This time, the protesters are sharply divided. While one party is in support of the demonstration, the other is against.
Press observed that the opposing groups are strategizing and pushing their narratives on social media via #OccupyLekkiTollGate and #DefendLagos.
The federal and Lagos governments, as well as the Police, have threatened to crush any gathering. Citing the October riots, authorities vowed not to allow an assembly that might be hijacked.
The call for Saturday’s protest commenced after the Lagos Panel of Inquiry approved the reopening of the toll plaza.
The panel was formed in line with demands of End SARS protesters for probe abuses of the disbanded Police Special Anti-Robbery Squad.
On February 6, the judicial body chaired by Justice Doris Okuwobi, permitted the Lekki Concession Company (LCC) to recommence operations.
Okwuobi ruled after another application by Demola Seriki, counsel to the LCC.
But the decision was not unanimous. Apart from the Justice, others in favour were DIG Taiwo Lakanu (Police), Lucas Koyejo (National Human Rights Commission), Segun Awosanya (Segalink) and Oluwatoyin Odusanya (Citizens Right).
The remaining four – Ebun-Olu Adegboruwa (SAN), Patience Udoh (Civil society), Rinuola Oduala and Temitope Majekodunmi (Youths reps) – disproved.
There was drama at the day’s sitting as Okwuobi and co walked out immediately the Adegboruwa raised objection to the ruling. The lawyer and similar opponents had walked in mid-way into the chairman’s pronouncement.
On Friday, Oduala stepped down from the panel. She insisted that the Lagos State Government and LCC had not been cleared
“What I will not do is be part of a cover-up. I did not expect piecemeal acknowledgements and efforts to sabotage vital proceedings”, her statement partly read.
Meanwhile, the Lekki Phase 1 main gate will be shut from 5:00am Saturday to the planned End SARS protest.
Lekki Residents Association (LERA), in a public notice, advised everyone to use alternative routes.