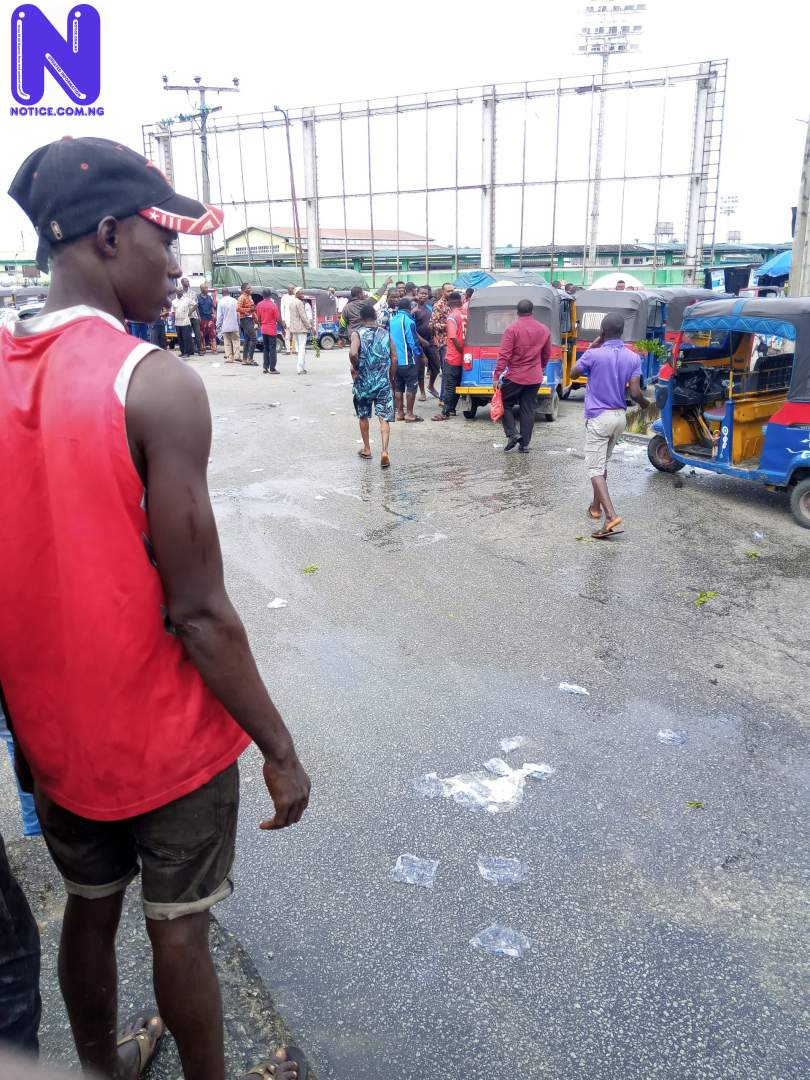 There was tension in Yenagoa, the Bayelsa State capital on Tuesday morning following the alleged killing of a “Keke Napep” operator by Taskforce personnel over non-availability of tax ticket.
The deceased whose identity was given as Mr. Isaac Kosud, from Ogbia Local Government Area, of the state, was said to have been approached and arrested by a team of task force personnel working under an Agent attached to the States Ministry of transportation, at Tombia area of the state capital for not having the N200 tax ticket on Monday morning.
An eyewitness account revealed that argument ensued between the Taskforce and the deceased which resulted in an altercation.

The deceased was said to have been overpowered by the personnel who were more in number, leading to his death.
Protests erupted in the major street of the state capital when the news of the fight filtered in, the keke driver was then taken to the Federal Medical Centre (FMC), Yenagoa, but didn’t survive.
Press gathered that angry Keke riders invaded the office of the Taskforce located at the Swali road and burnt it down.
The rampaging rioters stopped all tricycle operators on the street, burned tires and threatened to attack all tax agents in the state.

A concerned Keke rider, Malam Abdul told Press that the oppression from the Taskforce was too much and shouldn’t continue.
He said ”how can we achieve anything with the numerous taxes imposed by different agents of the government, even the police and road safety will still not let us rest. They are all thugs who are always drunk and standing on the road to enforce payment and collection of tax. We suffer a lot from them over multiple taxes.
According to the Bayelsa State Chairman of Tricycle Operators/ Owners Association of Nigeria, Mr. Godwin Adokeme, the deceased only slumped and died while arguments were still on, adding that nobody beat or fought him.
He said”The Taskforce personnel held him for not having tickets which is very normal; the deceased through eyewitness account said he would kill himself if he wasn’t left alone during the argument and later we heard that he died”
But we have been meeting with the various groups for them to sheath their sword and remain calm, we all have to see ourselves as partners in progress. The operators should know that there’s government on ground, and they must abide by all rules and regulations which make everyone a corporate citizen.