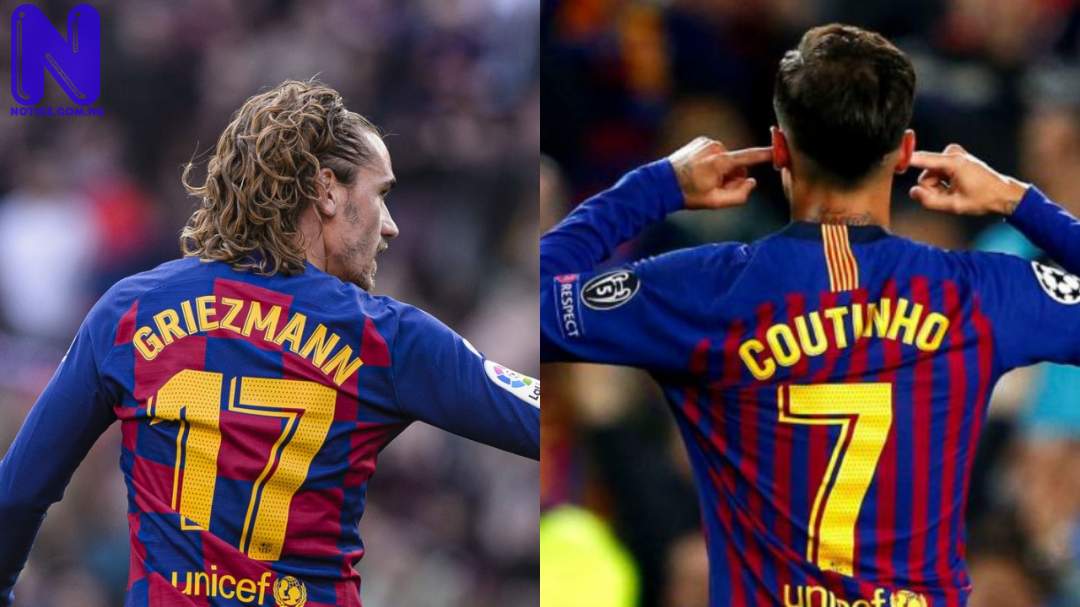 Barcelona have unveiled Antoine Griezmann as their new No 7, ahead of the 2020/2021 season.
The LaLiga club confirmed this in a promo video posted on their social media and followed by a voiceover that said: “New desires. New dreams. Same ambition. Welcome back number seven.”
Griezmann is set to play a key role under Ronald Koeman, despite enduring an unimpressive debut campaign at the Nou Camp.
The French forward wore the No 17 shirt last season, but has now switched to No 7, which was vacant last campaign and last worn by Philippe Coutinho, who is currently without a squad number.
Griezmann joined Barca from Atletico Madrid last year for £108million, but could only score 15 goals in 48 appearances, as the club finished the campaign trophyless.
There had been suggestions that Griezmann could leave, after Lionel Messi ended up staying at the club. But his change in squad number is the most certain sign he is still very much a prominent figure at the club.
However, it remains to be seen what happens with Coutinho, who spent last season on loan at Bayern Munich.

DO YOU KNOW >>> Solskjaer must finish in top four, win trophy or be sacked says Roy Keane