Teenagers confess how they removed girl’s vagina for N500,000 - Bauchi 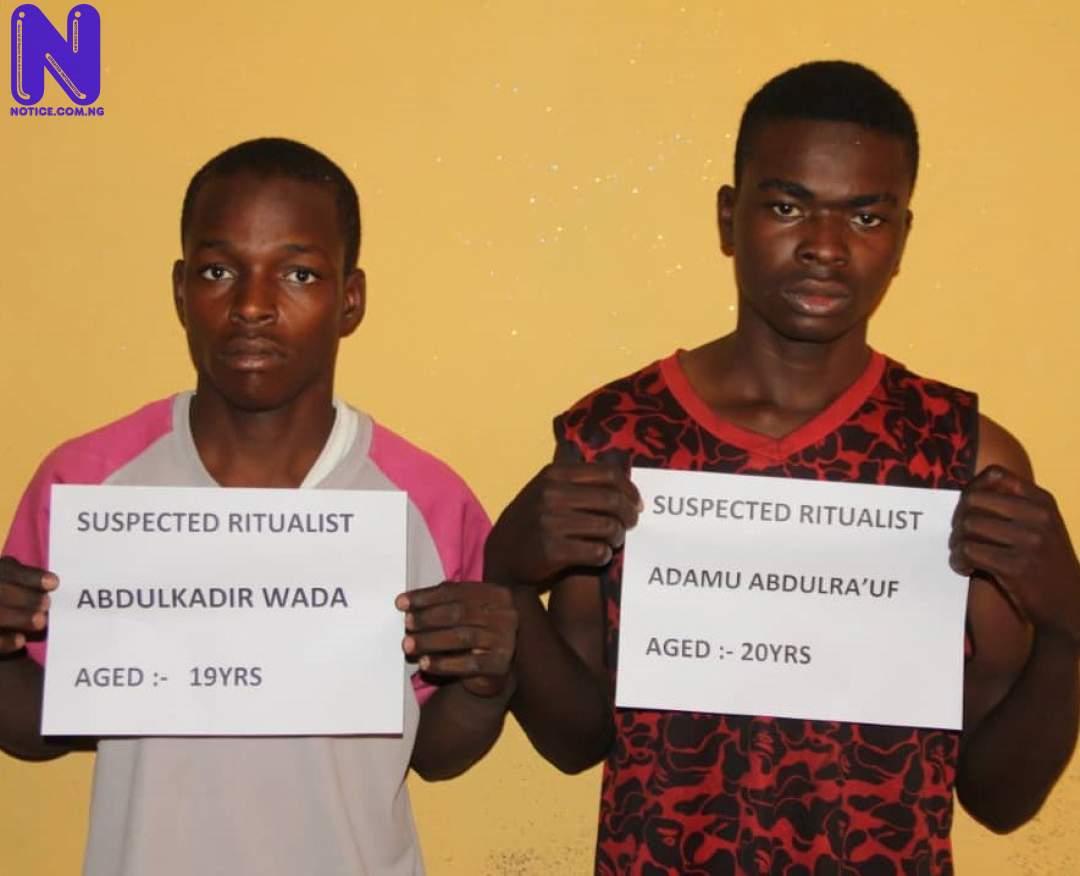 Two suspected ritualists arrested for allegedly killing and removing the vagina of a girl in Bauchi State have narrated their roles in the dastardly act.
The duo confessed that they committed the heinous act for N500,000.
The suspects, Abdulkadir Wada (19) and Adamu Abdulrauf (20), in an audio clip obtained by PRNigeria, said they were asked to bring the sexual organ of a female by a native doctor.
The boys from Jama’are Local Government were nabbed by men of the Bauchi State Police Command.
Speaking in Hausa, Wada, the chief culprit, disclosed that he and Abdulrauf had gone to Kwata, the area the latter’s elder brother, who is married, lives.
He recalled that they waylaid a little girl, dragged her into an uncompleted building and strangled her to death.
“Abdulrauf then removed a knife from his pocket and cut off the girl’s private part. It was a marabout, who is now at large, that asked us to get him a female sexual part in return for N500,000,” the teenager revealed.
However, Abdulrauf denied killing their victim.
“Wada who came and met me in our house. He told me that he and one of his friend went to a spiritualist who promised them N500,000 if they bring a female vagina. I told him I am not interested. I discussed with one of my friend called Musa, he advised me to avoid Wada.
“The next day, while I was in my shop doing my mechanic work, I met Wada at the garage. He then gave me an amulet (charm), which I threw inside my pocket. Later on, we met and he asked me to accompany him to a place called Kwata.
“When we got to the area, we saw two young girls at a location. We called them. Wada removed a handkerchief from his pocket and flashed it on one of the girl’s face. After she slumped, he took her into an uncompleted structure and removed her organs as directed by the native doctor.”
They, in spite of that, advised desperate and idle youths to shun ritual killing and be wary of bad friends.
Bauchi Police spokesperson, DSP Ahmed Mohammed Wakil said the suspects would be arraigned in court after investigation.

DO YOU KNOW >>> Auto crash claims 15 lives in Borno