Tears as flood destroys properties worth millions of naira in Jalingo 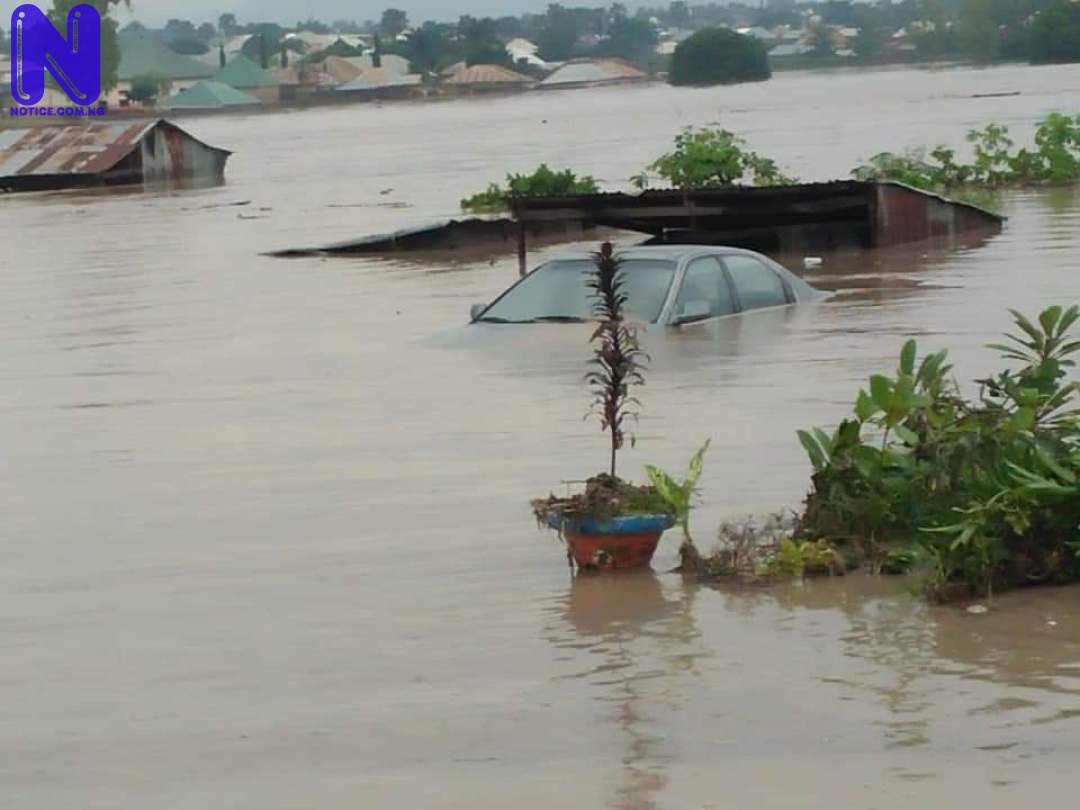 Residents of Jalingo metropolis, the capital of Taraba State, are counting their losses following the havoc wrecked by the early morning rain fall which occurred today.

The rain, which Press observed to have started around 4 a.m on Saturday, lasted several hours, destroying several valuables.

Apart from the houses that were submerged, farmlands, cars, business centers, as well as domestic animals, were swept away by the flood, which as at the time of filing this report, has continued to wreak more havoc.

The popular Mayo-Gwua bridge, which is located in the heart of the state capital, was also not spared as the flood was noticed to have overrun it.

Vehicular movements have been distorted as both public and private vehicles coming in and out of Jalingo city are being compelled to seek alternative routes.

Residents of the city lamented the loss of their valuables, saying all they worked for have been lost.

Some of the affected persons, who bared their minds to Press, said their dreams have no doubt been dashed by the flood that took them unaware.

Sani Baba, a farmer whose farmlands have been washed away told Press that “could you believe that just last week that I went and collected a loan of over N2million from one of the banks for farming?”

With tears running down his cheeks, Baba said “all my dreams have been shattered ” as paying back the loan without the government and other individuals and groups coming to his aid seems impossible.

The sad tales of Baba were not different from those of other persons affected by the disaster, who are all now cap in hand beckoning to both the state and federal government to come to their assistance.

Local governments across the state had been flooded in similar fashion in 2012.