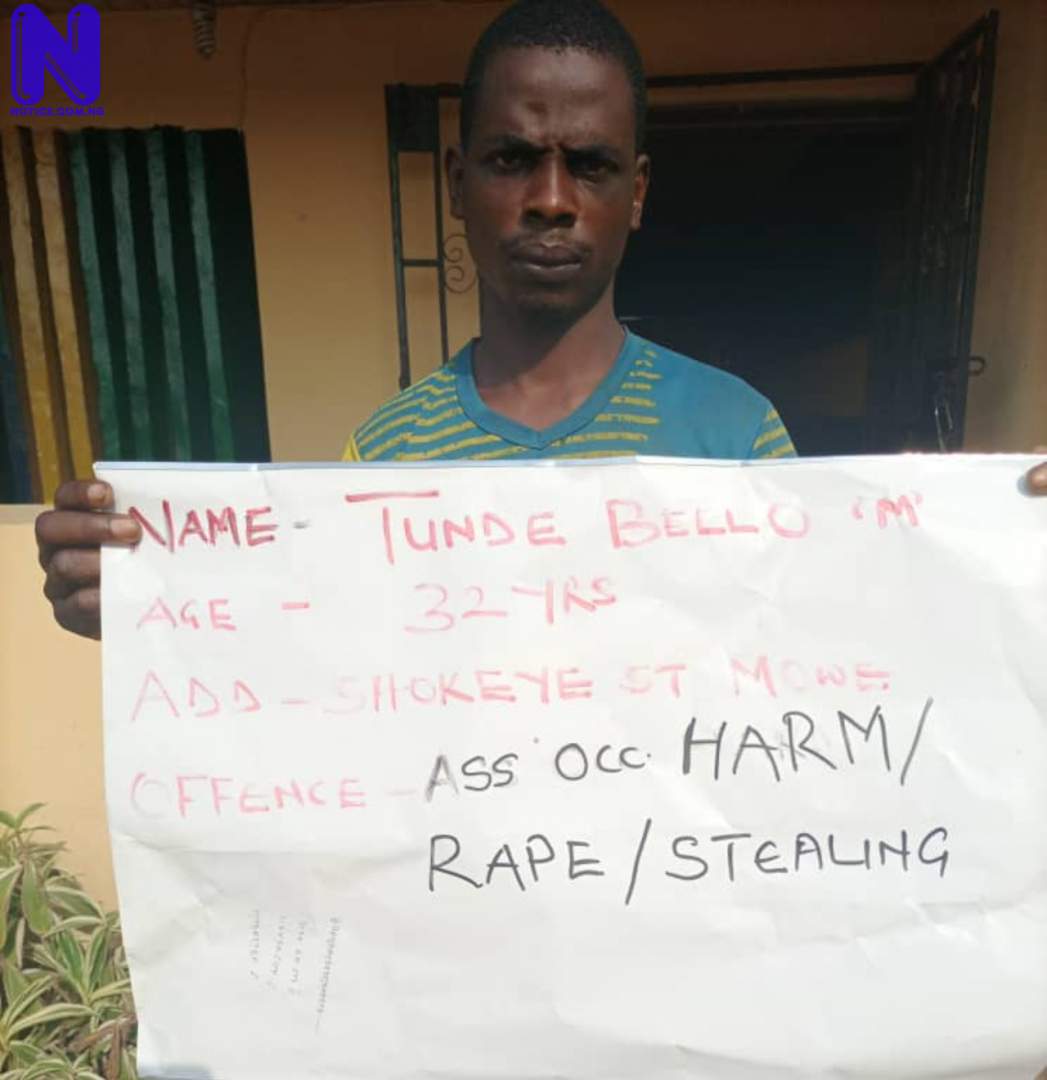 A taxi driver, one Tunde Bello, is currently cooling off his heels in the police cell for allegedly kidnapping and raping a 29-year-old lady in Ogun State, Press reports.
The 32-year-old Bello was arrested on January 16, 2021 for a crime he reportedly committed on September 17, 2020 by operatives at Mowe Police Station.
The victim had told the police that while she was going to her office, she boarded a Hyundai car around 5am from Ogunrun road, Mowe to Lagos.
However, the driver, getting to Mowe junction, made a detour to Ibadan road and drove her into a bush along the Lagos-Ibadan highway.
The victim told the police that she was beaten mercilessly by the suspect before being raped.
Confirming the incident to Press on Friday, the Ogun State Police Public Relations Officer, Abimbola Oyeyemi, said, “after raping her, he held her hostage and asked her to call her relations to send the sum of N140,000 to him as ransom before he will let her go.”
It was reported that the victim called her brother, whom she said transferred N140,000 to her account for onward transfer to an account given to her by her abductor.
With the report, the DPO of Mowe division, CSP Marvis Jayeola, swung into action as he detailed his detectives to go after the suspect and he was arrested after about four months of intelligence gathering and surveillance.
“On interrogation, he confessed to the commission of the crime,” Oyeyemi told our correspondent.
The suspect will be investigated at the Anti kidnapping unit of the State CIID, the Ogun Commissioner of Police, Edward Ajogun has ordered.