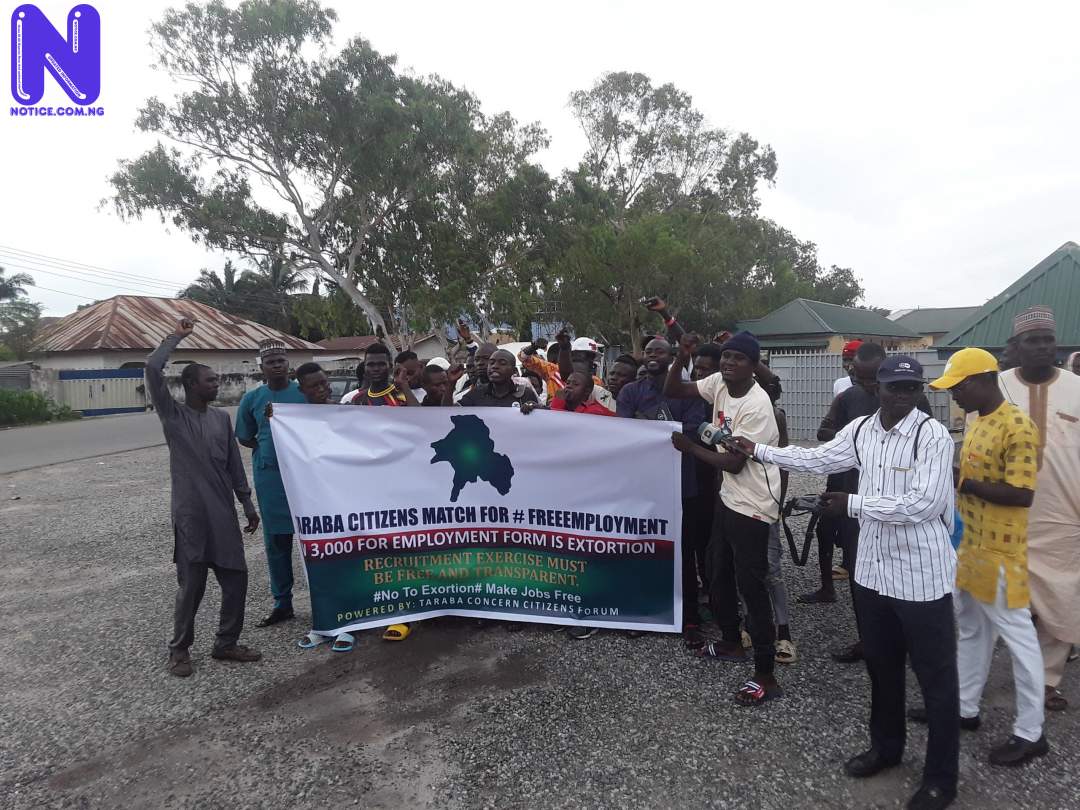 Working activities was briefly interrupted today at the premises of the Taraba State Civil Service Commission by youths majority of who are applicants.

The youths who came out in their numbers, as observed by Press, were kicking against the amount being charged for the sale of application forms to applicants.

Armed with placards of various inscriptions, they urged the commission to dole out the forms free of charge to applicants seeking civil service jobs.

Led by Mansur Munkaila Jirgi, the protesters frowned at the alleged “extortion of innocent unemployed Taraba youths by the state Civil Service Commission in the name of recruitment exercise into the state civil service.”

The youths who claimed to have followed all channels possible and exhausted all available options before embarking on the protest, said “we have written several letters and copied all organisations such as the security formations across the state and institutions of government. ”

Glad that the commission has earlier announced employment opportunities for unemployed Tarabans, they, in spite of that, could not fathom why it went ahead and fixed the sum N3, 500 as payment for the exercise online by the same unemployed youths.

Seeking to know what the state government is going to do with funds realized from the sales of the forms, the youths alleged that the same exercise was conducted in 2017 but yielded no results.

According to them “in 2017 the same commission extorted innocent unemployed Tarabans of the sum of N2,500 and no single person was hired in the state civil service through that exercise and nothing was done on the huge amount generated then.”

Demanding that the commission make refunds to all those who have already made their payments for the said exercise, the youths demanded that the exercise be “free, fair and credible where only the qualified ones are hired or given the jobs. ”