Taking the legislature back to the people - Mon-Charles Egbo 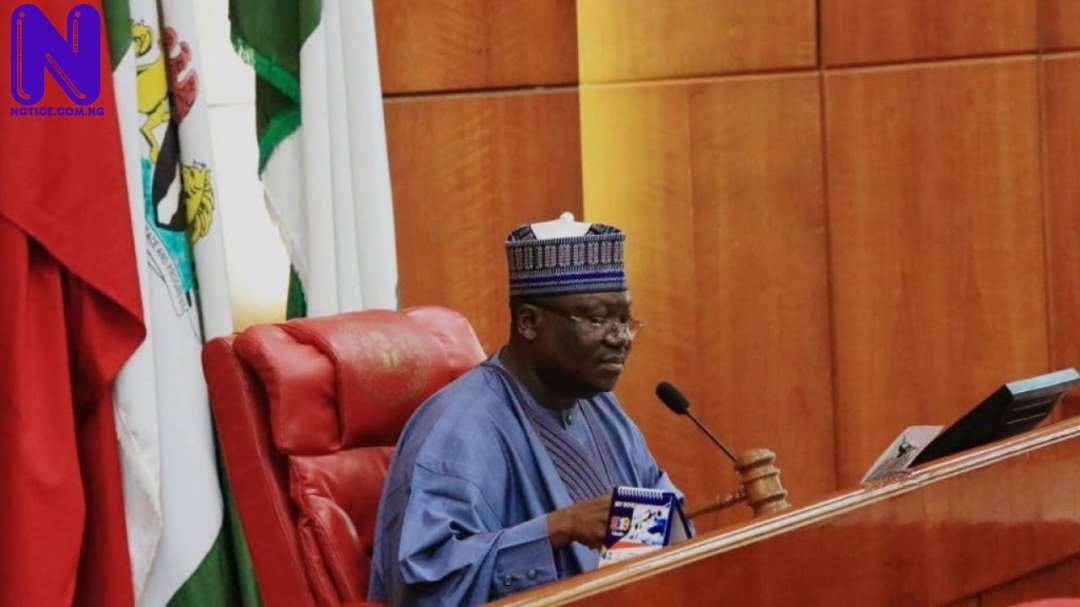 When Ahmad Lawan championed a people-oriented legislature, perhaps it made meaning to only a few. But when the British prime minister, Boris Johnson, echoed it six months later, it resonated with many. While Lawan had declared that, "in the laws we enact, in the oversight and representations we undertake, the wellbeing of the Nigerian people will always be our priority" and also that "an annual report titled, "Senate That Works for the People, will be published"; Johnson announced to the Britons that "we will work round the clock to repay your trust and to deliver on your priorities with a parliament that works for you". By these statesmen simply, an ideal legislature must be about the people, providing solutions, and diligently committed to creating pathways for good governance.

However, a fair assessment of the 9th senate would require an appreciation of some underlying realities.

Primarily, this senate is grappling with a heavy burden of prejudice manifesting as public cooperation and support deficit. This is because it inherited image and reputational crises arising from the actions and inaction of the past assemblies.

Again, parliaments are corporately rated based on oversight duties and legislations, but because of the state of the economy and level of infrastructural decay, which incidentally also preceded the 9th national assembly, the masses now judge legislators based on the number of projects executed and lives touched through direct economic assistance. The public expects the national assembly to usurp the duties of the executive to be seen as ‘performing'.

Then above all, Nigeria's constitution does not offer the legislature sufficient strength to operate independently. It thus implies that enforcing the universal principles of separation of powers in democratic governance ultimately leads to anarchy, given Nigeria's peculiar constitution.

Meanwhile, there are specific goals that the 9th senate set to accomplish.

Before becoming the senate president, Senator Ahmad Lawan had campaigned on the mantra of taking the legislature back to the people, towards a new Nigeria where active participation and inclusiveness in governance reign supreme. There was even a template to integrate the House of Representatives and the state assemblies in this regard. And quite pointedly, he proclaimed that under him, the senate would not compromise its "institutional independence" but "will however avoid unnecessary conflict". Equally, he was emphatic that "the 9th senate will make a conscious effort to ensure a smoother relationship with the presidency, by organizing periodic senate-presidency meetings to discuss issues of national importance". He never pretended about this course of action, especially having stayed long enough in the legislature to understand the imports. These eventually earned him popular votes from his colleagues at the Senate leadership contest, clearly devoid of external interferences.

Other major thrusts of Lawan's blueprint, which incidentally were later adopted by the senate, were to: "reposition the Senate to carry out its constitutional duties of legislation, oversight and representation in an open and transparent manner; strengthen the internal operations and processes of the committees of the senate towards efficient service delivery; take legislative actions to improve national economic conditions including public finance management and national security architecture and to reduce poverty, unemployment and infrastructure deficits; propose and implement a national planning and annual budget process that fosters collaboration between the executive and legislative arms of government; continue with legislative action to bring to closure all outstanding legislation including the electoral act and constitution amendments bills".

Consequently, the defining attributes of the 9th senate include corporate resolve to serve the people, commitment to the national interest, unity of purpose, and shared vision.

The last assembly had a hostile relationship with the federal government. But it did not fetch the nation anything good, beyond elitist applauses to the detriment of the people. Hence, the 9th senate opted to do things differently. They recognized their bound and do not want to venture into where they lack the mandate to operate, based on the lopsided constitution that vastly supports the executive. And rather than being driven by ego, they always seek balance in every issue that arises, which in itself translates to patriotic sacrifice, in the overall interest of the people.

Walking the talk, the cardinal goal of improving the living standards of the citizenry found initial expression in efforts at creating pathways for sustainable economic prosperity. And then distinguishing between quality and quantity, the senate focused only on bills that bear direct relevance to the people. As stated by Lawan, "the senate will not pass any anti-people laws". Those that were first enacted kick-started the overall processes for economic revival.

Whereas the Product Sharing Contract Acts was aimed at advancing the sources of revenue to finance the budget, the Finance Acts and the Public Procurement Acts complementarily were to ensure the high-level performance of the budget. And thankfully today, they are all yielding dividends.

Principally, the Finance Acts has since not only plugged all the leakages and created opportunities for tracking, it has led to humongous recoveries and sustainable transparency in revenue management, thus reducing the incidences of a budget deficit that was the old order.

Equally, the budgeting processes and procedures were streamlined for productivity. Attendance to budget defense is now compulsory for all the heads of ministries, departments, and agencies of government. Every budget proposal is thoroughly scrutinized to eliminate repetitions of items, which informs its presentation months before passage. There is no more off-season budget cycle in any form. And of course, one of the immediate gains of the January-December fiscal regime achieved by this senate was the rapid manner Nigeria exited the recent economic recession.

It would be recalled that in November 2020 the nation witnessed its second recession since 2016. It was even termed "the worst economic decline in almost four decades" by analysts. Commenting on it in January 2021, Lawan hinted that "our economy would have been worse if the budget 2020 was passed mid-year last year like the practice was. But we suffered a recession of -6 per cent, now we are in a recession of -3.2 per cent and that is because we were still able to get the budget passed".

And again being an assembly of open minds with leadership focus and direction, it humbly made public the full details of its budgets, in response to over-a-decade sustained outcry by the masses.

There are several other critical bills already passed and many at various stages of progression that have inherent capacities to prosper the nation. As mentioned earlier, the senate ensures that every single bill passed is accented to, unlike the experience of the immediate past assembly when numerous bills were declined rejected. So it is rather appropriate to assess legislatures only on bills passed than those still under consideration, as most people do lately.

Then ironically, Nigeria is a country in a haste but those driving the economy seem not to understand. There are several recommendations delivered to the executive which are critical and strategic to the economy. But because it is optional for the executive to treat legislative resolutions, the desired ends are not being met. If for instance, the social investments programme, SIP, was reformed for transparency and particularly, identification of the ultimate beneficiaries, and also the 774, 000 special works programme, SWP, structured to focus on areas that are tangential to the economy, like farming, the impacts would have been tangible today. Again, if the Ex-service chiefs were replaced timely, in response to the senate's several resolutions, the issues, especially those associated with missing funds for arms and ammunition would have been detected earlier.

The senate screens and confirms presidential nominees within the ambits of the law. By the constitution, it is the prerogative of the president to appoint whoever he deems fit. The senate is only to ensure that nominees, in the case of ministers, have post-primary education and belong to political parties. The senate seamlessly discharges these roles merely for governance to run smoothly. And instructively, despite the constitutional limitations and the existing synergy, the senate raises objections, speaks truth to power, and disagrees with the executive whenever necessary, provided that it is in the overall interest of the people. There are several proofs.

Driven by its agenda, the 9th senate is concerned about some foundational problems facing the country. While the electoral reform and petroleum industry bills are almost ready for passage, the constitution amendment legislation is presently at the stage of processing stakeholders' views that were harvested at the zonal and national public hearings.

By its deliberate interventions in insecurity, power sector, and the Niger-Delta Development Commission among others, the economy is getting a new lease of life, though still largely at the germination stages, due to the depth of relative poor governance before now. Of course, COVID-19 slowed down governance. But the 9th senate's cumulative containment responses since the advent of the pandemic have marked it out as truly people-oriented.

Empirically therefore and despite the prevailing monumental challenges of governance as well as inherited hostilities and apathy that diminish every developmental effort, the 9th senate is meaningfully alive to its responsibilities. We may not have gotten where we desire, but we are no more where we used to be. Particularly, the escalating insecurity across the length and breadth of the nation may not allow for easy appreciation of this.

And again, with the 9th senate's legislative agenda, the possibilities are there that Nigeria will be out of the woods soonest. Occasion only calls for public cooperation and support.

Egbo is the print media aide to the president of the senate.