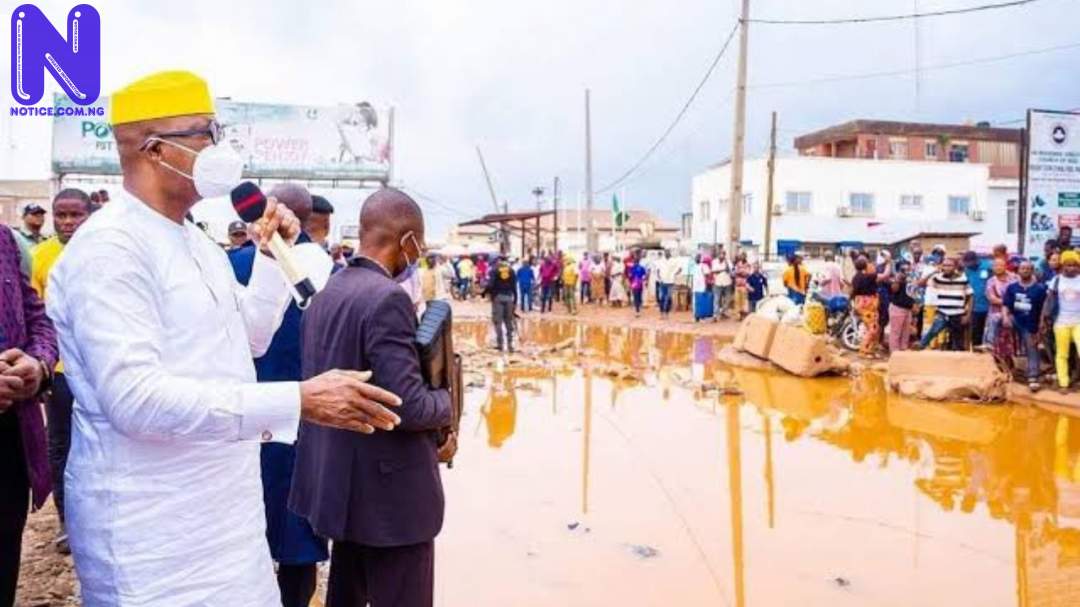 As President Muhammadu Buhari visits Ogun State on Thursday, residents of the State have taunted Governor Dapo Abiodun, telling him to take the President to the dilapidated roads in Sango, Ota, Akute, Alagbole, Ijoko and others in Ifo and Ado-Odo/Ota Local Government Areas.

Press reports that Gov Abiodun had on Wednesday announced on his verified Facebook page that the President would be in Ogun to commission roads and two housing units constructed by his administration.

As the governor cordially invited Ogun residents to join him in welcoming the President, the post was greeted with various comments, asking him to take Buhari to the areas where roads have become almost impassable.

Abiodun was also asked to visit other parts of the State with the President so as to give him on-the-spot assessment of things in other places.

Here are some comments:

Bello Isiaka: "Take him (Buhari) to Ijoko, Alagbado and Ojodu Akute to see how bad the road is and how much you have neglected the people around that area. You are too slow."

Oyedele Oyewumi: "Ojodu Berger-Alagbole, Akute-Agbado-Ijoko-Sango roads need to be commissioned by the President. Let Mr. President ply that road and see what we’re going through in that axis."

Kayode Adebayo: "Your Excellency Sir, don’t also forget Sango-Alagbole road, because it should also be commissioned by our dear president and let him also tour the road from Ijoko to Alagbole. Awon oniyeye."

Oluwatoyin Kafilat Balogun: "Please let Mr President see the good work being done at Sango, Akute, Agbara, Sagamu and Ijebu. I’m sure he will hug you, peck and even kiss you for a job well done."

Olatunde Oladunjoye Pics: "If you can take him to Ijoko, Agbado Akute, Alagbole, Berger, for him to see how bad the roads are. Mr governor, no improvement in that area at all. No recreation for youths, no good roads, no streets. I am tired sir, please make changes."

Shakirullahi Babatunde: "Inviting Mr President to come and commission resurfaced road, how I wish Minister of Works and Housing follows him down here to assess the work done."

Adex Cornelius: "Let him come to Yewa South and see how our area is, Mr. Governor And Mr. President.”

Meanwhile, the Federal Road Safety Corps (FRSC) has clarified that the Lagos-Ibadan highway would not be affected by Buhari’s visit to Ogun.

Florence Okpe, the Ogun FRSC spokesperson, said this in an update on Wednesday, stressing that only the Abeokuta-Interchange road and the Ijebu-Ode-Epe road will be closed to traffic during the visit.