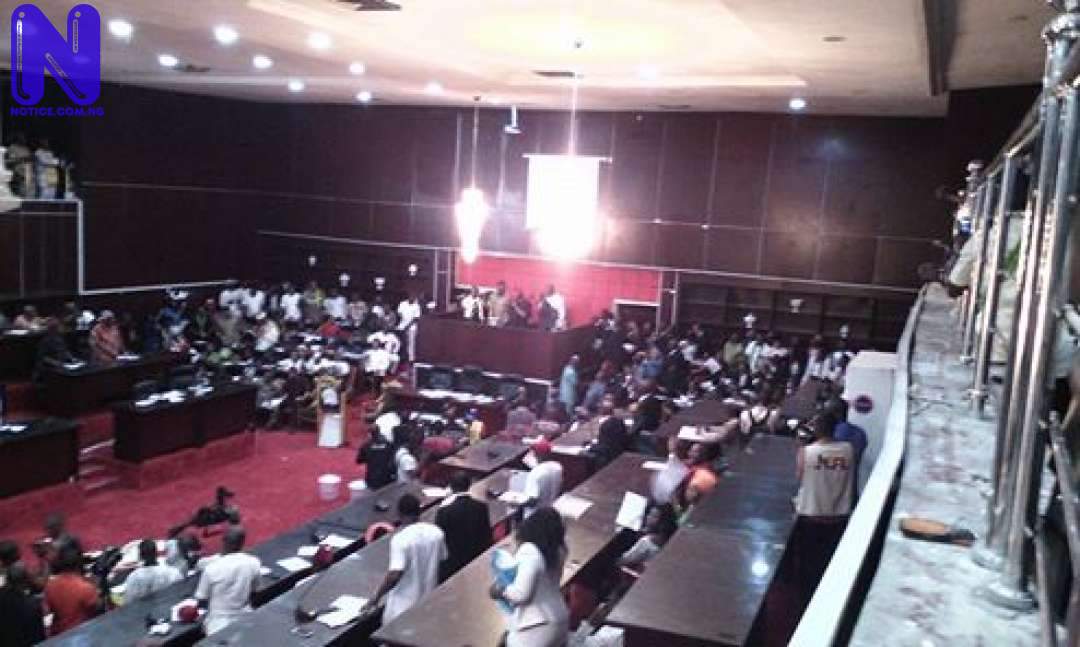 The Speaker of Imo State House of Assembly, Paul Emeziem, has insisted that the recent action taken by the leadership of the House on the suspension of six members followed due process.

In a release signed by his Chief Press Secretary, Collins Osuji, and made available to newsmen, the speaker debunked the claims by the affected lawmakers that their suspension was illegal, unconstitutional and undemocratic.

He said that the House, under his leadership, has remained resolute to effective service delivery and would not condone behaviours and activities from members that are capable of bringing the state legislative arm to disrepute and ridicule.

Emeziem added that the decision of the House became necessary in order to protect the image, sanctity, peace and ensure progress of the House.

The release further said, “The six suspended members of the Assembly were guilty of one parliamentary misconduct or another.

“Talking about witch hunting, there was no reason for the leadership of the House to witch hunt any member with suspension or whatever.

“Their suspension was ‘soft but adequate disciplinary measure against erring members which is enshrined in the rules of the House.’

“It is also our duty to run our affairs in the House of Assembly in such an enabling way as to remain in synergy with the other arms of government in order to provide a functional environment for the people.

“But in our observations and assessment, this good relationship has been, and remained until lately, especially immediately or even within the period of the insecurity in the state.

“Also, we have taken time to observe unnecessary insinuations by certain members, abuse of the personalities of fellow colleagues, autocratic demands of rights and privileges without references to the rules. Some members have even derailed from understanding the primary aim and objective that brought us to the House.

“Meanwhile, their suspension is in tandem with the rules and regulations guiding the House”

Meanwhile, one of the affected lawmakers and member representing Ikeduru state constituency, Uche Ogbuagu, has challenged the Speaker, Paul Emeziem, to explain to the whole world what he meant by “unparliamentary conduct”.

He said that the Speaker should not use ambiguous words to further confuse the people.

In his words, “the people deserve to know the truth. So, let the Speaker come out and tell the people the truth.

“Ever since he removed me as the Majority Leader of the House, without reason, he does not allow me to speak in plenary.

“I am the only house member without a committee. He disapproved of all my people-oriented motions, but I know the God I serve.

“God brought me to Imo State House of Assembly to speak for Ikeduru and the masses. Nobody can quench the light of God in me. Heaven and Earth shall pass away but His words must surely come to fruition.

“My suspension was a true manifestation of the Speaker’s hatred towards him. Outside this, he has no other reason for suspending me,” he revealed.

The lawmaker added that he was yet to come to terms with his offence and those of the other affected lawmakers.