Suspected kidnappers of Ex NDDC board member, other criminals arrested 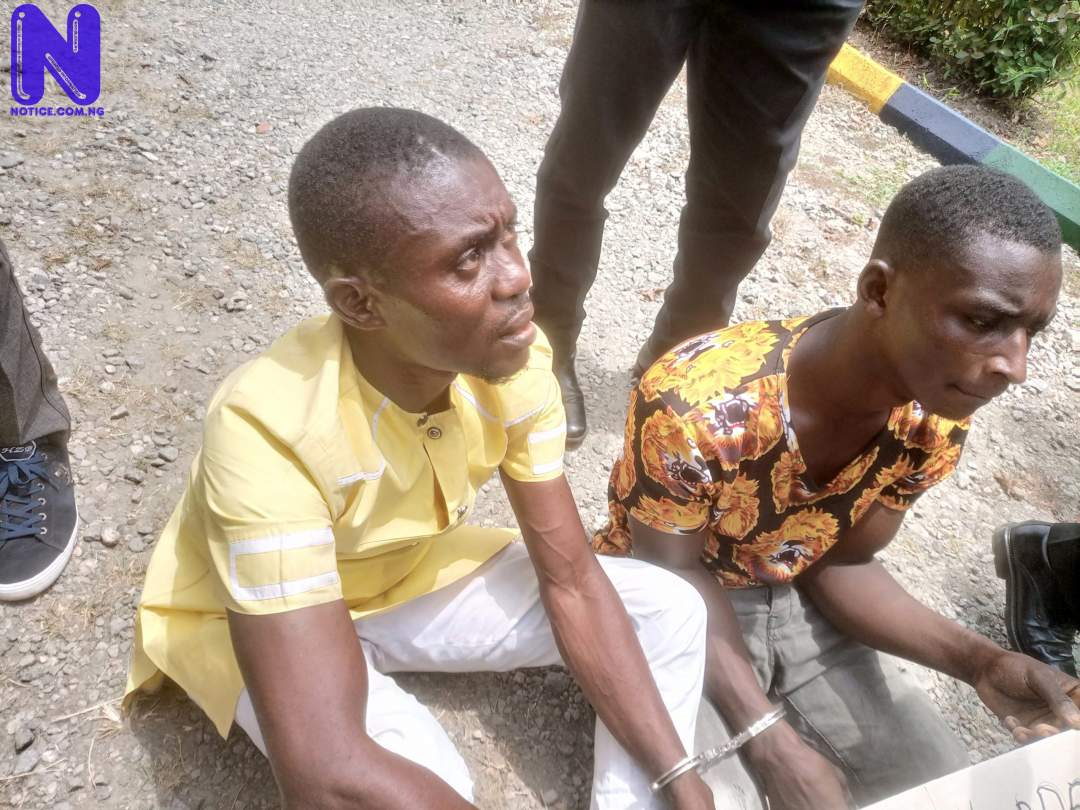 The Cross River State Police Command has arrested two suspects allegedly involved in the kidnap of a Ex-Board member of the Niger Delta Development Commission NDDC).
The suspects, Godwin Emmanuel, 22 and Bassey Asuquo, 26 were arrested on April 2nd at about 1320hours by the Police on patrol.
Confirming the arrest, the Commissioner of Police while briefing newsmen on Tuesday said the suspects were sighted coming out of the creeks with one Day Long Motorcycle, “Upon the strength of information, the two suspects were arrested and are currently being investigated to ascertain the level of their involvement “
The Commissioner also informed that on the 26th of February 2021, upon receipt of a petition to the Commissioner of Police, a group of persons who called themselves Italian Mafia at King Duke, Akpabuyo LGA unlawfully attacked residents of the area.
The suspects set eighteen houses ablaze, robbed indigenes of their valuables and raped some females. ”They are Etim Okon Ekpenyoung, leader, Effiom Ekpenyoung Asuquo, Edem Okon Effiong, Anthony Bassey Timothy, Umoh Okon Effiom,
CP Akande said investigations were ongoing and that the suspects will soon be arraigned in court.
Also arrested were two notorious cultists by the Operatives Anti-Cultism/Kidnapping Squad (ACKS) while in search of a phone stolen by one Joseph Archibong, one locally-made pistol and one live cartridge were recovered from one Charles Emmanuel, age 22yrs and Cyril Emmanuel, aged 22 yrs.
The suspects were arrested and interrogated and they both confessed to being members of Skylo confraternity cult and had been using the said gun to carry out several cult activities in Calabar.