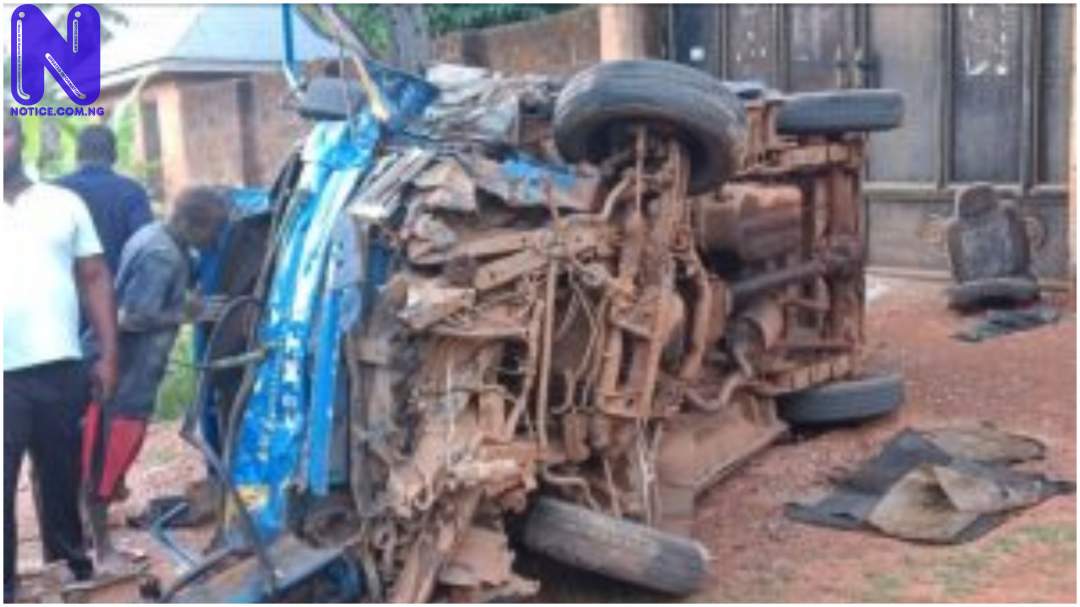 The Federal Road Safety Corps (FRSC) Anambra Command, on Thursday, confirmed the death of a middle-aged man who died in an accident at Aguata. Anambra State.

The man died after a suspected drunk driver lost control and rammed into another vehicle.

An eyewitness told NAN that the Mitsubishi bus driver, who was suspected to be drunk lost control of his vehicle, left his lane and collided with the Hiace bus.

Kumapayi also confirmed that thirteen persons were involved in the crash, but twelve persons sustained injuries and were rushed to Apex hospital Igbo Ukwu.

He said the body of the male adult who died has been deposited at the morgue.

The sector commander warned drivers to desist from driving under the influence of alcohol.