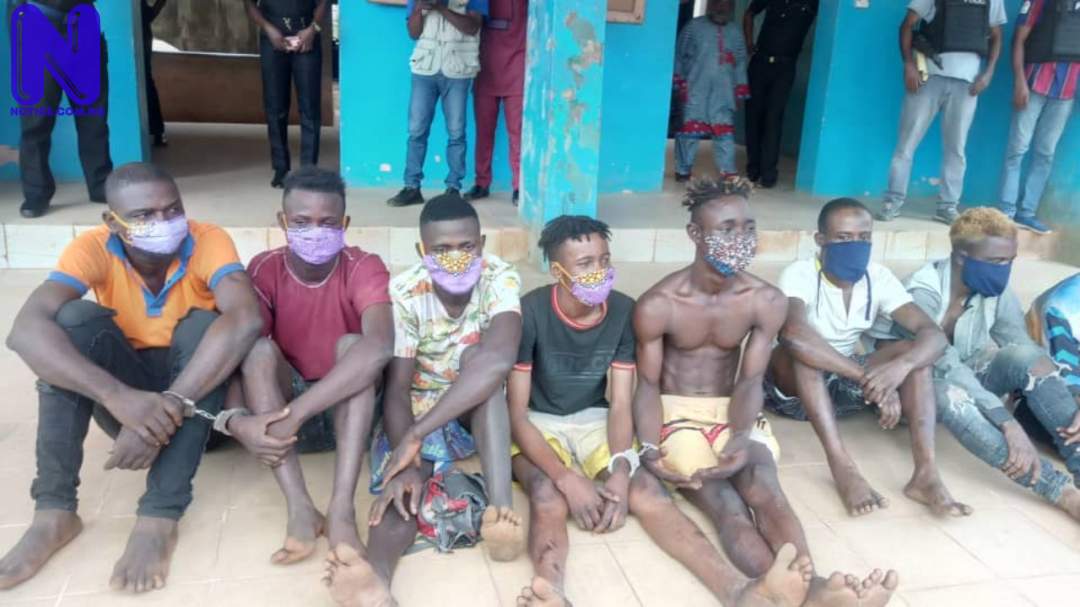 Some suspected Eiye cultists have reportedly killed a member of Aiye confraternity, Michael Jayeola in Ogun State.
The Ogun State Commissioner of Police, Edward Ajogun, informed that the Aiye and Eiye confraternities had been terrorising Ijebu-Ode and its environs, as they engage one another in a supremacy battle.
Ajogun said the deceased Jayeola was tracked to Ijebu-Mushin market by members of Eiye confraternity on Saturday.
He explained that Jayeola was shot by the suspects and his right hand cut off and taken away by the said cultists.
On Sunday, five members of the Eiye confraternity namely, “Debo Ademola, Adebisi Idowu, Kehinde Adebisi, Abimbola Idowu and Quadri Femi were arrested by the police,” it was said.
Ajogun informed that the arrested suspects have confessed to being members of Eiye cult group.
They were also said to have confessed that in the past one month, they “engaged the Aiye members in supremacy battle leading to the death of Jayeola.”
In the past one month, Ajogun said the supremacy battle between the rival cult groups have witnessed maiming and death of members across the two groups, intensifying fear of crime and making life difficult for innocent residents.
The police, while parading some suspected cultists on Tuesday, explained that about 16 persons were recently arrested for attempted murder, murder, robbery and cultism around the area.
Six firearms, 15 live cartridges and battle aces were recovered from the suspects As stated by the Police.
The crackdown, Press learned, pushed the cultists to relocate from Ijebu-Ode, adding that they have, in spite of that, continued to track their rivals for killing, from one community to another.