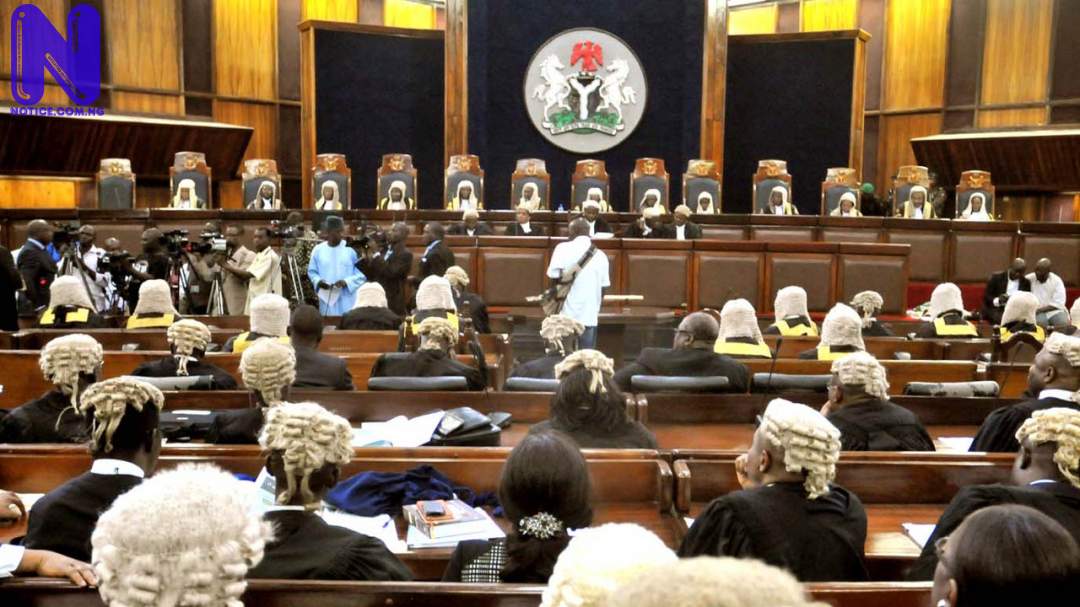 The justices of the Supreme Court of Nigeria have been urged to form a trade union.

The Human Rights Writers Association of Nigeria (HURIWA) recalled a media leak of a letter by the justices, in which members of Nigeria's judiciary expressed their concerns over their budgetary allocations that have not been increased in the last four years.

HURIWA noted that some of the issues raised by the justices in the letter include the failure to replace dilapidated vehicles, accommodation problems, poor healthcare services at the Supreme Court clinic, and poor electricity supply.

The justices also lamented the increase in electricity tariffs, no modified allowances to reflect the increase in diesel prices, and lack of internet services in their chambers.

The justices called Mr Tanko's attention to an internal memo served by the Chief Registrar, which notified judges that electricity would be supplied to the court between the hours of 8:00 a.m. and 4:00 p.m. daily, due to the lack of diesel.

Other issues cover the non-signing of amended Court Rules, an abrupt stoppage of foreign workshops and training per annum for justices; and no provision of qualified legal assistants.

As such, the judges called Mr Tanko's sense of responsibility into question, fearing a potential shutdown of the judiciary due to the raised concerns.

The letter was reportedly delivered early in June.

With this, HURIWA said that such a union would help stop the alleged perennial dictatorship of the Chief Justice of Nigeria, CJN.

The human rights group said the chief judge may want to side with the executive to hold the judiciary in perpetual financial servitude.