Support FG in winning war against drug abuse – FOMWAN appeals to parents, others 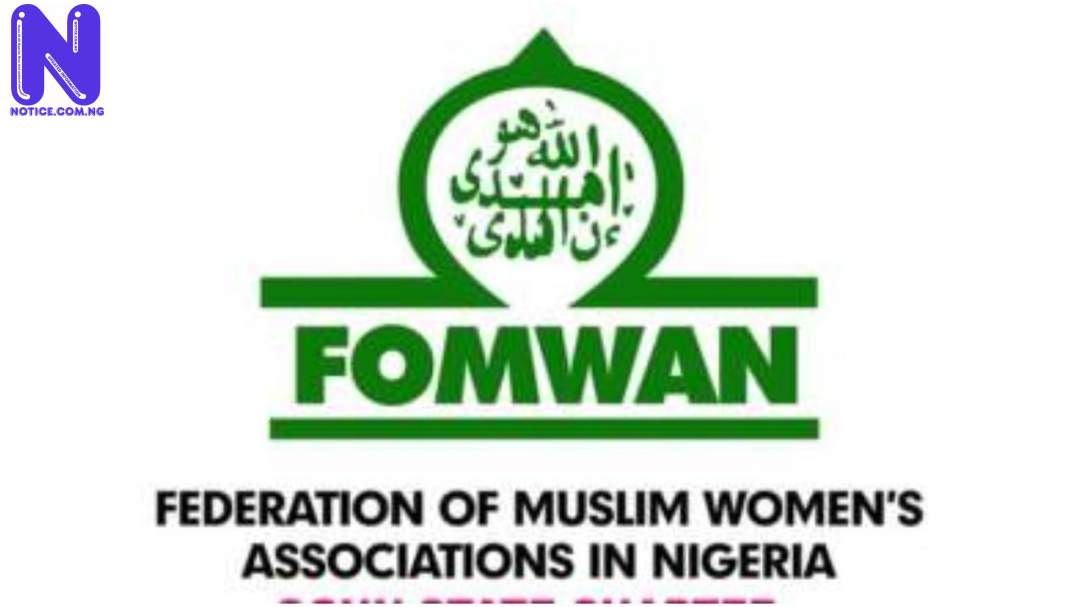 Federation of Muslim Women’s Associations in Nigeria (FOMWAN) has appealed to the federal government to put measures in place to prevent sale and consumption of hard drugs and substances across the country.

The association noted that this necessary in order for the government to win the war against drug abuse.

She decried the rising cases of drug abuse among girls and young women in Nigeria.

Sanni said that the government should put all necessary mechanisms in place to prevent sale and consumption of hard drugs, which As stated by her is having negative impact in the life of youths.

She also advised parents and guardians to support the government in winning the war against drug abuse among the youths.

Sanni noted that the association has resolved to work with all stakeholders in order to improve the condition of girl-child across the country.

Sanni said, “This is another menace that must be addressed.

“There is the need for everyone to support the government’s war against drug abuse as it is having negative toll on our young population.

“As a faith-based association, we are advising government to put measures in place to prevent sales and abuse of hard drugs and substances, while there should be adequate provisions for treatment and rehabilitation of victims of drug abuse.

“As a network of Muslim women organizations in Nigeria, we will embark on more programs that will help to further promote and protect the interest, welfare and aspirations of our members. This will Insha Allah not be a herculean task to accomplish, if members in all branches across the Country work in synergy. Hence, we are calling for cooperation of all our members. We should remember, Allah says ” This Ummah is but one family.

“Since our ultimate aim is to achieve success, we have resolved at the level of the National Executive Council to raise the bar of interpersonal relationships and communication as these are key elements in achieving the desired results”.

Sanni while speaking further, said the survey which put the number of out-of-school children in Nigeria as 13.2 million was disturbing.

She noted that it is more worrisome that the Girl Child accounts for 60% of the total number.

“This worrisome reality requires decisive actions to remedy it. We need all hands to be on deck to change this unpalatable narrative and development. At FOMWAN, we will continue to embark on more sensitization campaigns and orientations on the need to educate our Girls. Our Holy Prophet Muhammad (SAW) said if we educate a girl, we have educated a nation.”