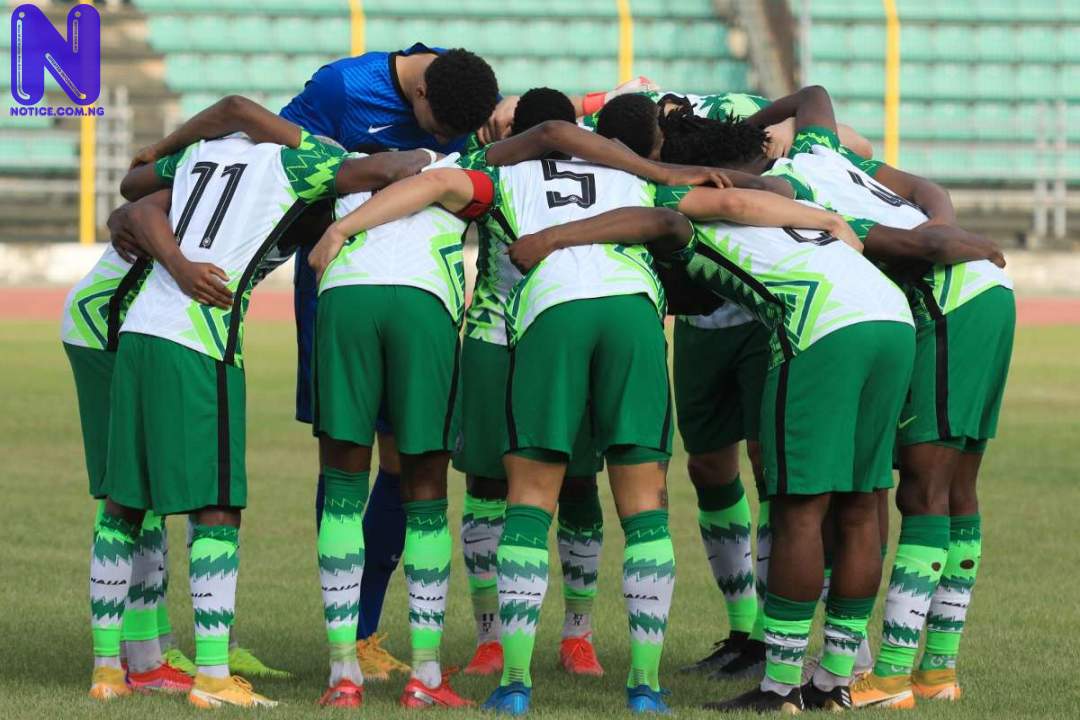 Not food. Not politics. Not even religion.

Football is what pulls every ethnic division in this country together. And so we stood as one on Tuesday, when the Super Eagles defeated Egypt 1-0 in their 2021 Africa Cup of Nations opener.

Online and offline, we sang, we hugged, we tweeted, we predicted, we drank, we laughed.

One would have thought the national team would return on the next available flight with the trophy.

But the tournament only began.

On Saturday, Augustine Eguavoen’s men take on Sudan in their second group fixture. I don’t mean to be a joykiller. But the Eagles have let down the nation before.

Remember when we lost out on qualification for the 2006 World Cup on home soil against Angola. Both nations ended on 21 points, but the Southern African nation subsequently competed in their first and only World Cup to date, due to their superior results in games between them.

Let’s talk about recent games. With Gernot Rohr in charge last year, we lost 2-1 to Central African Republic (CAR) in the 2022 World Cup qualifying series and finished off with an uninspiring 1-1 draw with Cape Verde. Again, both games were played at the Teslim Balogun Stadium in Lagos.

So, yes, overconfidence against Sudan is a real possibility.

“There is always that possibility, but I don’t think that will be a concern for this team,” Solace Chukwu, who used to write African Football for Goal, tells Press.

“Only few of them have achieved anything in international football. If anything with this team, it may be a lack of self-belief that holds them back, on account of the sort of football they were playing for the past year,” he said.

Chukwu, in spite of that, provided tips for Eguavoen’s men, as they take on less-fancied sides.

“We saw a team against Egypt that started as they meant to go on and didn’t let up until they scored.

“The approach was very clear to the players, and they implemented it with a lot of discipline and commitment.

“They will need to carry that same belief and certainty into the next match(es), especially when they play teams that are a little more organized than Egypt were on Tuesday,” he added.