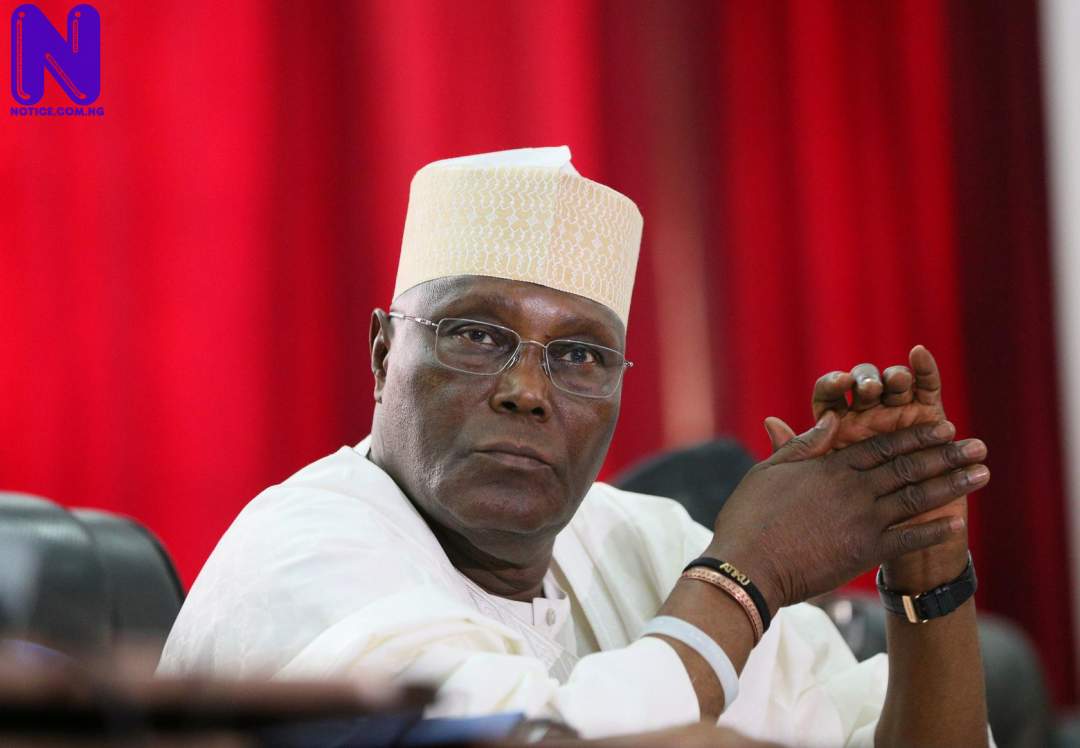 The Incorporated Trustees of Egalitarian Mission for Africa instituted the suit praying the court to declare that the Ex-Vice President is not a Nigerian but a Cameroonian by citizenship.

Justice Inyang Eden Ekwo fixed the date on Monday after counsel in the suit filed on 11th February, 2019 adopted their final vwritten submissions in respect of the matter.

The group had in its suit asked the Court to disqualify Atiku as a presidential candidate of the Peoples Democratic Party (PDP) and to prevent him from contesting the February 16, 2019 presidential election over alleged circumstances surrounding his citizenship.

The suit, which has Atiku, PDP, the Independent National Electoral Commission (INEC), the Attorney-General of the Federation (AGF) and Minister of Justice as well as the Attorney General of Adamawa state as defendants, is seeking an interpretation of Sections 25(1) & (2) and 131(a) of the 1999 Constitution.

It also wants the court to determine, "Whether Section 25 of the Constitution is the sole authority that spells out ways by which a person can become a Nigerian citizen by birth.

"Whether by the provisions of Section 131(a) of the Constitution, only a Nigerian citizen by birth can contest for the office of president.

"Whether by the combined interpretation of Sections 25(1) & (2) and 131(a) of the Constitution and given the circumstances surrounding the birth of Atiku, he can be cleared by PDP and INEC to contest for office of the president.

"A declaration that by the combined interpretation of Sections 25(l) & (2) and 131(a) of the Constitution and given the circumstances surrounding Atiku's birth, he cannot be cleared by PDP and INEC to contest for president."

The plaintiff in the suit said that if the court resolves the issues in its favour, it should declare that by the provisions of the 1999 Constitution, only a Nigerian citizen by birth could contest for president.

In an affidavit deposed to by one Michael Okejimi, a legal practitioner in the law firm of Kayode Ajulo, who filed the suit on behalf of the plaintiff, averred that Atiku was born on November 25, 1946 and that ,from Atiku's own testimony that is gazetted and published in most national dailies in circulation, he is from Jada town in Adamawa and Jada used to be in Ganye Local Government Area in Adamawa.

In urging the court to dismiss the suit with substantial cost, Atiku and his party said the plaintiff, which lacks the locus standi (legal right) to institute the action has failed to prove that Atiku is not a citizen of Nigeria.

Eyitayo Jegede (SAN), representing Atiku said in a preliminary objection to the suit that the plaintiff's case was statute barred, having been brought 129 days after the act complained of, which borders on the nomination and eligibility of Atiku as a candidate of the PDP in the 2019 general election, while the primary election which the Ex-Vice President emerged was conducted on the 6th of October, 2018, contrary to election 285(9) of the constitution.

Other defendants in the matter aligned with the submissions of the counsel to Atiku, in urging the court to dismiss the suit of the plaintiffs.

In his submissions, Akinola Oladimeji from the chambers of Kayode Ajulo urged the court to dismiss the preliminary objections by the defendants, adding that the plaintiff has deposed to an affidavit to the effect that Atiku is not a Citizen of Nigeria.

He said the argument canvassed by Atiku and his party are of no moment and should be dismissed as misconceived and lacking in merit, adding also that the plaintiff has the locus stand to file the action, having shown sufficient and established a threat of injury he would suffer.

After adoption of all the written submissions in respect of the matter, Justice Ekwo then adjourned till February 21, 2022 to deliver judgment.