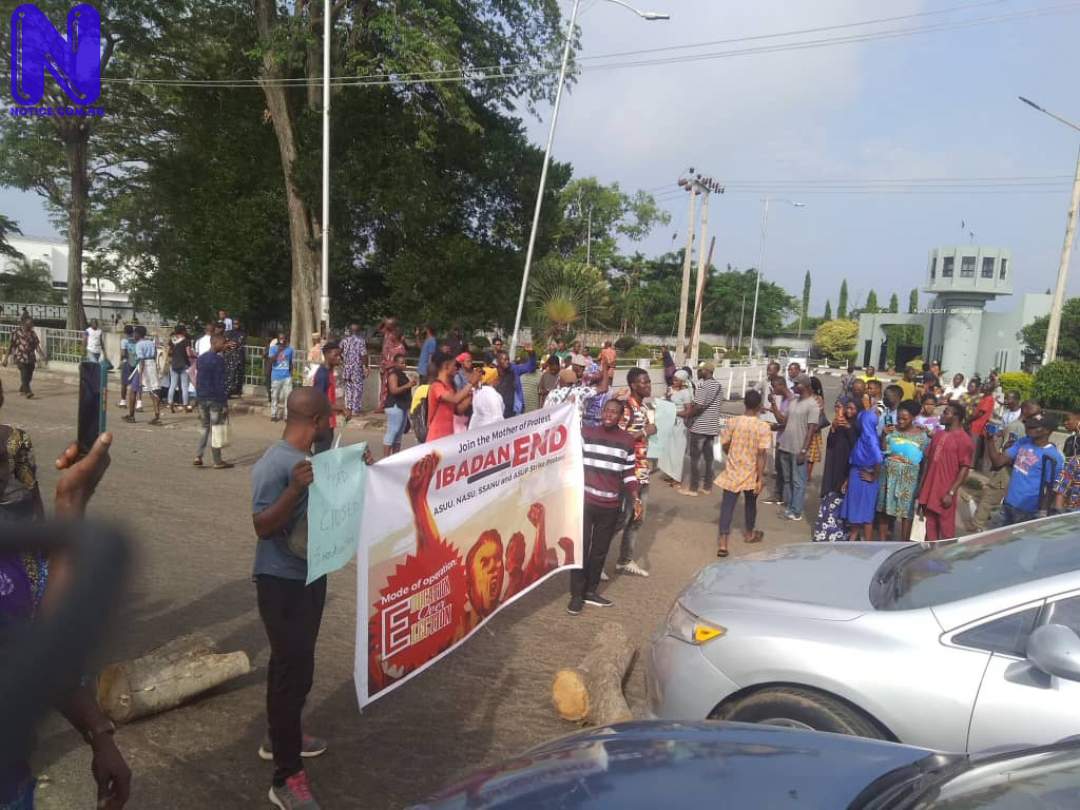 Scores of students on Friday protested the ongoing industrial action embarked upon by the Academic Staff Union of Universities (ASUU).

The union had in February this year declared a warning strike due to the non-implementation of the agreement reached by the Federal Government and the union in 2009.

The union, after the expiration of the warning strike recently, extended it by another 12 weeks.

Our correspondent, in spite of that, reports that the students who have been staying at home due to the strike on Friday in Ibadan, the Oyo State capital, organised a peaceful protest to register their displeasure.

Press reports that the students during the protest also blocked the University of Ibadan-Mokola Road in Ibadan.

One of the students, Solomon Emiola, a 200-level of the University of Ibadan, explained that the protest became necessary because they are tired of staying at home.

He said, "Our leaders have continued to politick with our future. Our goal is to shut down the whole of Ibadan until our demand is met.”