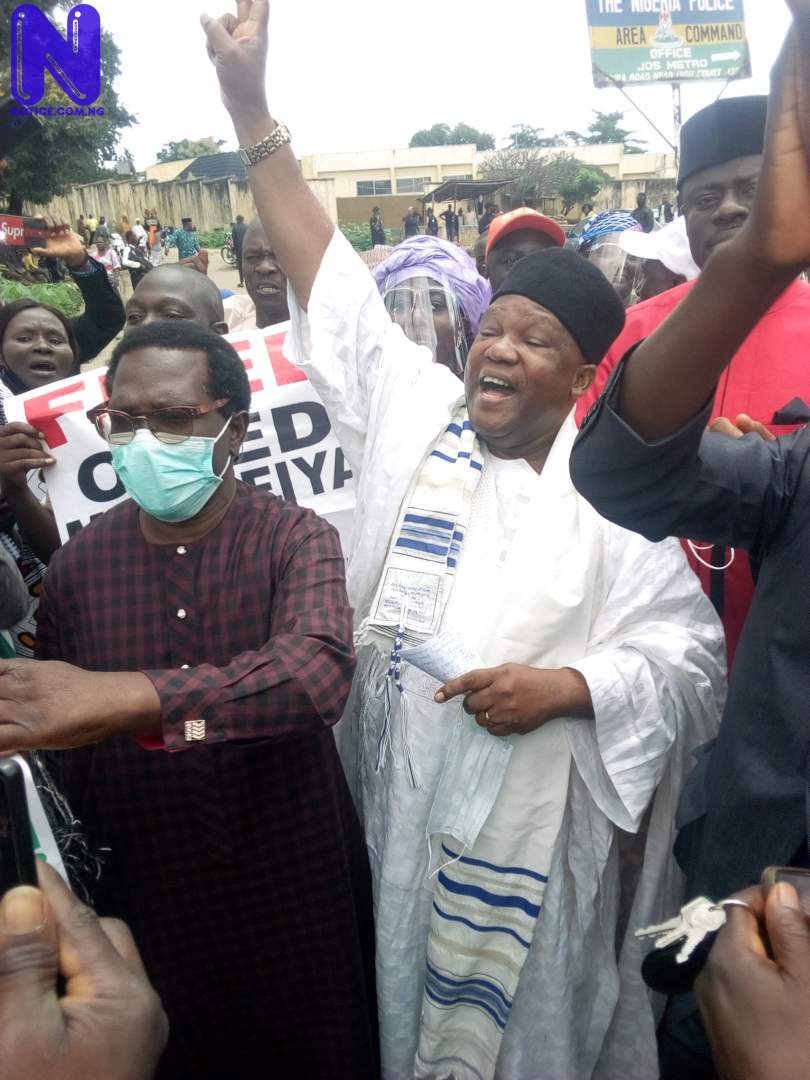 The presidential candidate of the African Democratic Congress and a Ex-Deputy Governor of the Central Bank of Nigeria, Dr Obadiah Mailafiya on Monday, called on the Directorate of State Services (DSS) to stop traumatising him, as a result of its frequent invitation to its office.
Mailafiya, through his Counsel, Yakubu Bawa, disclosed this after spending over three hours in the office of the DSS, where he was being grilled, as he honoured a third invitation by the agency, in Jos, the Plateau State Capital.
Press recalls that it is the third time that the DSS is inviting Mr. Mailafiya over comments he made on radio, concerning Boko Haram.
Mailafiya had alleged that a repentant bandit told him that a serving northern governor was a commander of the terrorist group.

Bawa said, “According to the DSS is a normal routine appearance, all of are aware this is the third time that we appeared before them, and we always say that there was no form of intimidation or harassment in the course of our conversion and interface with them.
“But for us the members of the legal team, we had course to review and reexamine the situation, and one thing we want to make clear and be categorical, is the fact that we might not have a physical intimidation or harassment, but certainly there is emotional and psychological trauma”, he explained.
“And to this point, we are calling upon the DSS, that we hope and believe that this is going to be the last time that we will come here.
“The question that begs for an answer from every Nigerian is that, not only Dr Mailafiya that has made comments that has to do with internal security, but why is he being invited? Bawa asked.
“We have look at it from the peoples perspective, the DSS has powers to invite, but this trajectory cannot continue.
“The question I don’t want us to lose track of, which prompted Mailafiya to speak, are still here with us, these are existential realities.
“We are calling on government to double their efforts in ending insecurity in the country”, he stressed.