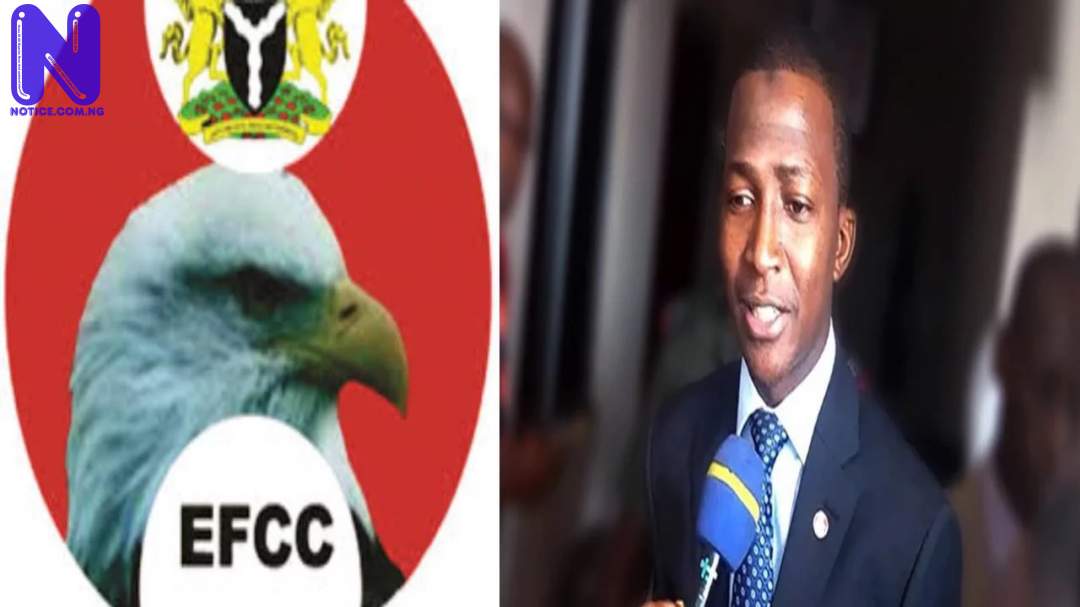 The Economic and Financial Crimes Commission, EFCC, has warned Nigerian People to stop sending congratulatory messages to Adulrasheed Bawa, its newly appointed Chairman.
The anti-graft commission said it has observed the increasing number of congratulatory messages published in the print media by groups and individuals, adding that it is gradually turning into a distraction.
The new EFCC boss was confirmed by the Senate last week following his nomination by President Muhammadu Buhari and the agency noted that Bawa was assuming the leadership of the commission at a time of great challenge.
According to EFCC’s Facebook post, the new Chairman desires to hit the ground running and will not like to be distracted but needs the support of all well-meaning individuals.
The anti-graft agency said that its new boss is appealing to his admirers who are publishing congratulatory messages on the media to channel such resources to making donations to Orphanages and Internally Displaced Persons, IDPs, camps.
“While the open exhibition of affection and solidarity may be salutary in our cultural milieu, and indeed appreciated, it is however inauspicious at this point in time and gradually turning into a distraction.
“What he needs from well-wishers and indeed all Nigerian People, is support and prayers, and more importantly, credible information that will further the work of the Commission.
“He, therefore, appeals to all his admirers and well-wishers who might have the intention of demonstrating their love and support for him through paid newspaper advertisement to desist, and instead channel such resources to more worthy causes, such as making donations to Orphanages and Internally Displaced Persons, IDPs, camps,” the agency said.