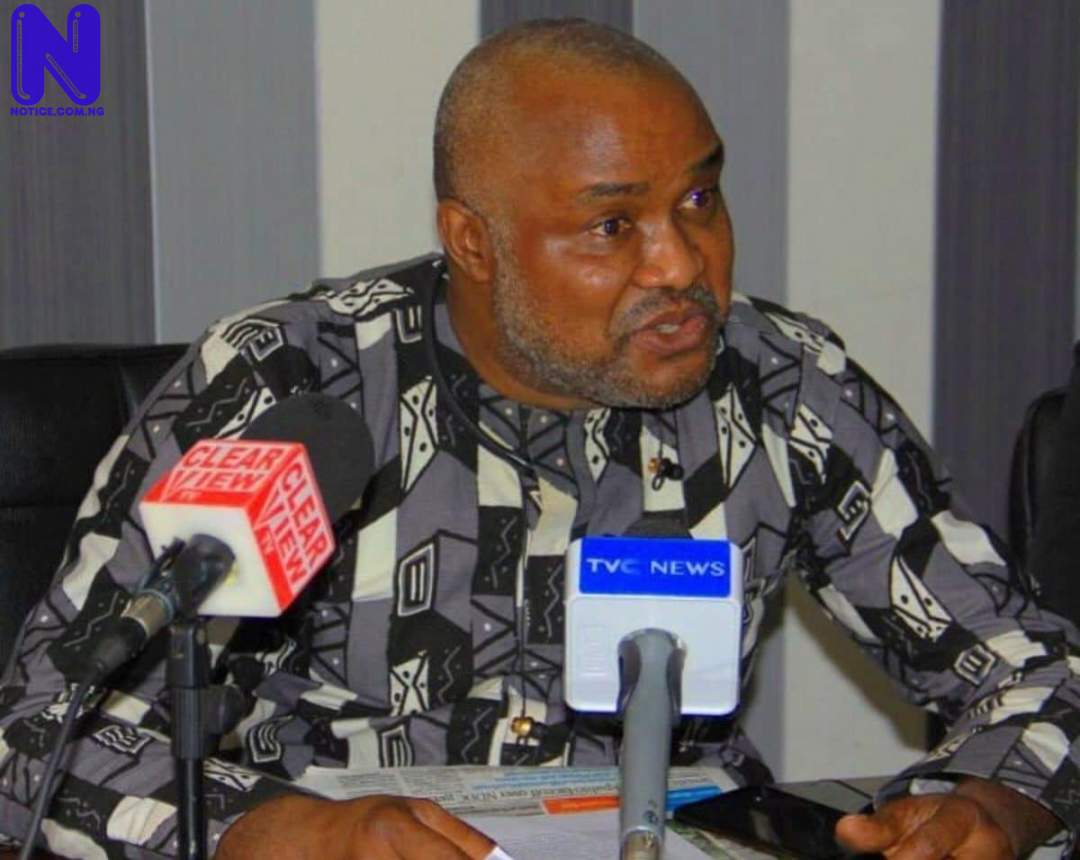 Human Rights Writers Association of Nigeria, HURIWA, has tackled the Buhari Presidency, accusing it of justifying the killings being carried out by suspected armed Fulani herdsmen.

The group was reacting to a statement from Garba Shehu, a Spokesman to the President condemning and vilifying the Governor of Benue State, Samuel Ortom over his stance on the continued killings by herdsmen in his state in particular and in Nigeria in general.

HURIWA described the Presidency's statement as acerbic, caustic and one-sided and “[justifying] the killings by the killer herdsmen.”

In the said statement Presidency accused Ortom of complicity and incitement of ethnic, sectarian hatred and violence and likened the Governor's statements to that of Hutu's leaders which unleashed genocide on Rwandans years ago.

However, HURIWA, in a statement signed by its National Coordinator, Comrade Emmanuel Onwubiko, the rights group said it wishes to state without equivocation that Governor Ortom has not said or done anything untoward, and has been speaking the minds of millions of Nigerian People concerning the poor handling of farmers-herders conflict and other forms of insecurity in the country.

HURIWA noted that the Governor actually spoke the minds of Governors of Southern and millions of Nigerian People.

The group pointed out that for this particular reason the governors had resolved to enact anti-grazing laws in their 17 states.

HURIWA said it was unfortunate that the current government has failed to accept that these atrocities against innocent Nigerian People are committed by Fulani herdsmen who move their animals to farms, destroying them and on many occasions, maiming and killing the farmers.

The human rights advocacy group said as much the Fulani have the rights to move around and reside in a part of the country, the movement of their cows was not part of the Constitution that allow freedom of movement, wondering why the Presidency should insist on open grazing of cattle.

HURIWA reminded the Presidency that before now, Indigenous Nigerian People have never had issues and clashes of any form with Fulanis who they have cohabited with for centuries.

The group said that Governor Ortom must not be misinterpreted, adding that his position must be put in the right perspective and clearly understood..

“Comparing open grazing of cattle or cattle-rearing to spare parts business is most unfortunate and ethnic profiling of sort,” the group maintained.

HURIWA backed Governor Ortom's claim about Fulani herdsmen being pampered by the Buhari government and some state governments while their cattle is either valued over human lives or equated to human beings by the same government.

Speaking on the issue of grazing reserves, the human rights organisation said in line with informed legal opinions, and the provisions of the Land Use Law, the Federal Government has no lands in the states of Nigeria, except in the federal capital territory.

HURIWA said it wishes to know why the federal government is incensed only when killings affect Fulani herdsmen and never feel concerned when it involves other ethnic groups in the country?

“It is fundamentally important to point out to the federal government that the lives of all Nigerian People matter, not only the lives of the Fulanis. Let it also be known that psychological research has it that; one way of destroying any place is to apply laws differently to citizens - where some are punished and some rewarded for the same offence.

“How come that the same federal government finds it difficult to classify bandits and killer herdsmen as terrorists they are, even as classified by World Terrorism Index which lists Herdsmen as the 4th most brutal terror group in the world?

“The federal government sense of selective justice is most prevalent in the handling of herders-farmers conflict and that is what Governor Ortom is saying.

”Ortom is right in stating the fact that bandits and terrorists are being emboldened by the partisan and selective sense of justice on the part of the government. Governments of Nigeria have been negotiating with these bandits and terrorists and paying ransoms which is now making their kidnapping for ransom business more of an industry.

“The bandits have grown to the point that they can now take off any security outfit in Nigeria, to the point of invading the Nigeria Defense Academy, killing two officers and abducting an army major just days, to say nothing of the over 100 students kidnapped by them and kept in the bushes for weeks now.

“Fact is: vilifying or and demonizing Governor Samuel Ortom of Benue State will not solve the nation's worsening insecurity which has now become an existential threat to the nation - a very clear and present danger. The solution lies in the federal government running the country the way and manner a nation ought to be run and not taking sides with killers.

HURIWA also called on the federal government to rescind its decision to revive the moribund grazing reserves and allow cattle rearing remains a private concern that it is, and encourage the states that wish to go into ranching to do so, as Kano State, Bauchi State and one or two others have already embarked upon.

“Let Governor Ortom be. The federal government should secure Nigeria and Nigerian People from the invading killer herdsmen, terrorists and bandits, a good number of whom are not even Nigerian People. Securing the nation is one of the two cardinal reasons why governments exist. Both are glaring failures in Nigeria,” the group added.