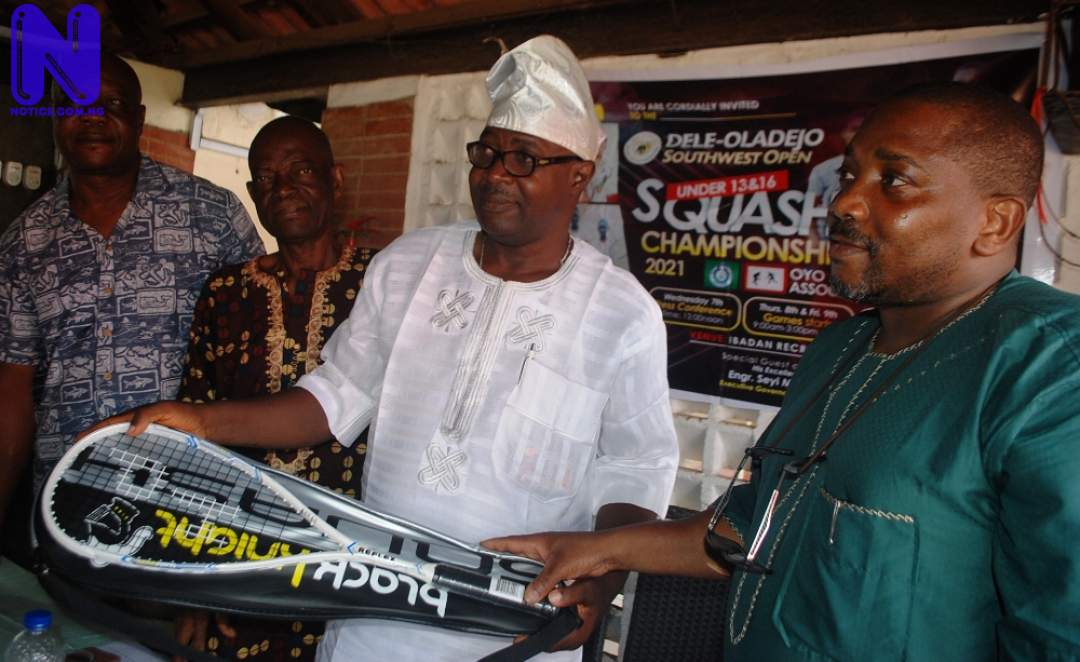 A Ex-under-16 Squash national player, Mr. Niyi Oyewunmi has urged the federal, state and local governments to stop focusing only on football.
Oyewunmi made this appeal in Ibadan, Oyo State on Wednesday while speaking at a press conference to herald the Dele-Oladejo South West Open Squash Championship/Tournament.
Oyewunmi who is the coordinator of the tournament appealed to the federal government under the leadership of President Muhamadu Buhari to extend their attention to other areas of sports to encourage those who are interested in the games.
He specifically appealed to the Oyo State government to divert its attention to other sports to encourage those who want to play sports other than football.
Oyewunmi said, “My appeal to the Oyo State government is that they should develop other areas of sports. The attention is too much on football.
“In Nigeria, government at the federal, state and local governments are focusing on football.
“I want to use the opportunity to call federal government and State governments to extend attention to other sports such as Squash.
Tournament sponsor, Dr. Emmanuel Dele-Oladejo in his address, said the motive is to serve as a clarion call to develop productive youths.
“This Squash Championship is meant to serve as a clarion call to all that is concerned to develop productive youth engagement strategies needed to contain and channel their inherent exuberance towards adding positive value to our society.
“This concept is predicated on the mental and physical smartness required to succeed in the game of Squash.”