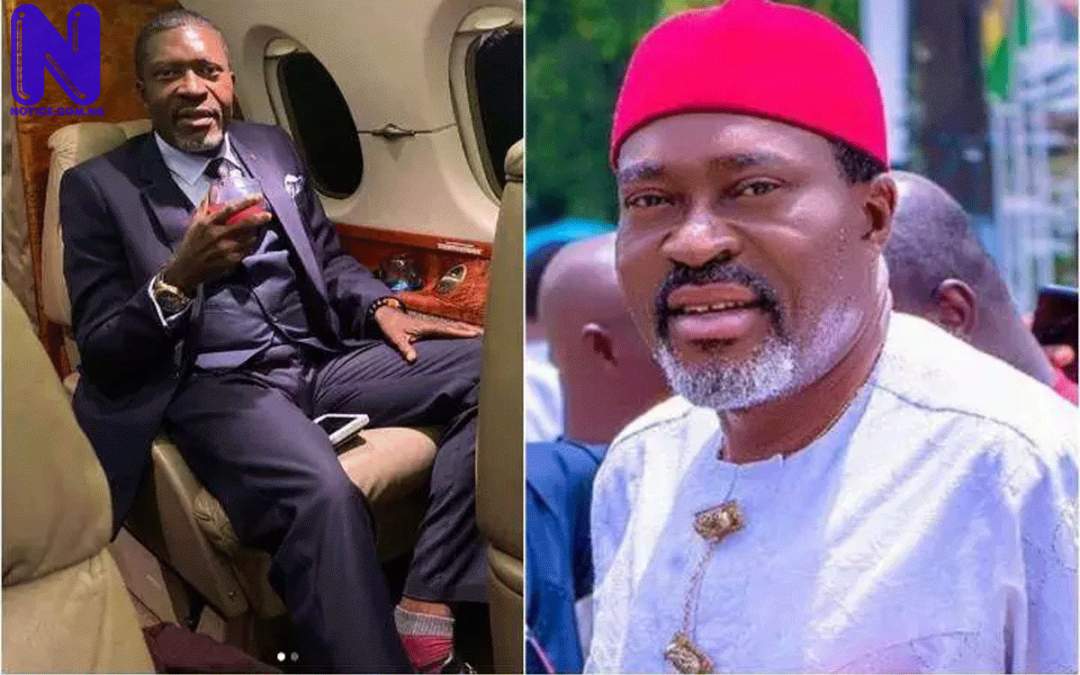 Kanayo.O.Kanayo joined the likes of Davido, Kcee, Dbanj, Alex Ekubo and other dignitaries at the burial of Cubana's mother in Oba, Anambra State, on Friday.

The actor, in a viral video, was seen with bundles of cash as he sprayed money at the much talked about burial.

His videos have since been criticised by Nigerian People online who asked the Economic and Financial Crimes Commission (EFCC) to take note as they questioned the source of his income and others present at the burial.

Some even described the spraying of Naira notes as a bad choice, adding that the money could be given to the poor.

However, Kanayo , reacting in a new video on his Instagram page, asked those calling for EFCC to start hustling.

He said, " Start to hustle, make EFCC no come your compound, pack everybody and leave you alone."