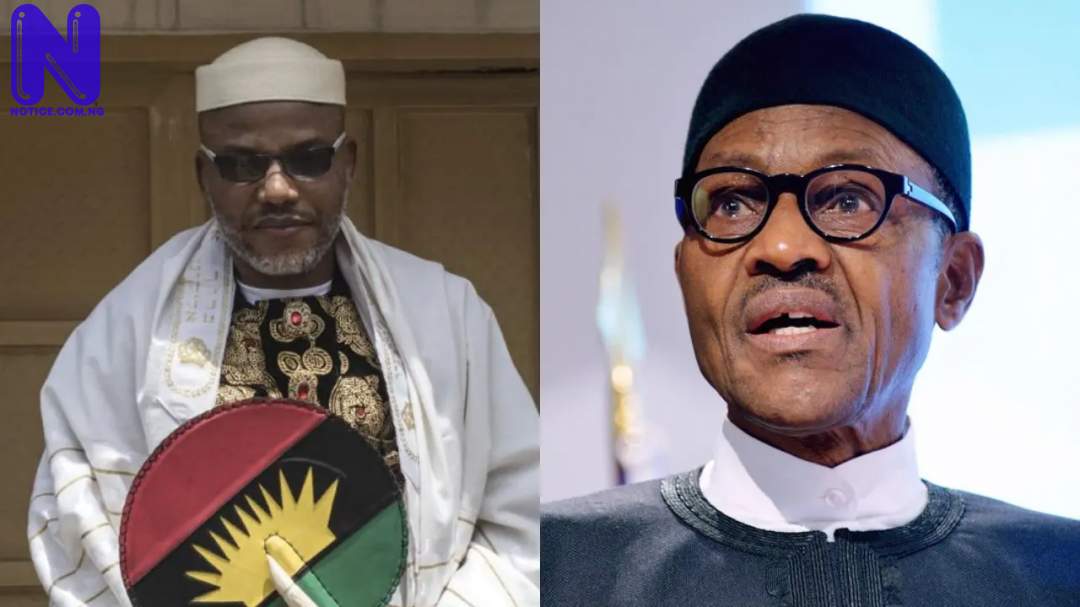 Nnamdi Kanu, leader of the Indigenous People of Biafra, IPOB, has challenged President Muhammadu Buhari to speak to Fulani herdsmen, Boko Haram, and other terrorist groups in the language they understand, the same way he vowed to deal with secessionist groups in the South East.

As Press reported on Sunday, gunmen suspected to be Fulani herdsmen attacked Iganga, a town in Ibadan North Local Government Area of Oyo State on Saturday and reportedly left more than 50 people, including the aged, women and children dead.

In the attack that reportedly lasted over three hours, the gunmen destroyed properties and razed houses and cars.

The residents insist it was Fulani herders who invaded their town.

In a similar development, Press also reported that suspected Fulani herdsmen launched a deadly attack on Odugbeho, a community located in Agatu LGA of Benue State.

They killed over 40 residents of the community during the attack that happened on Sunday night.

The Senator representing the Benue South Senatorial District, Abah Moro, confirmed the incident in a statement on his official Facebook page.

Buhari had recently vowed to deal with secessionist groups, such as the Indigenous People of Biafra, IPOB, and the Eastern Security Network, ESN, who has been accused of destroying public assets in the South East and South-South.

Kanu in a tweet said, “He won’t speak to his fellow #Fulani killers (ISWAP, Boko Haram, Fulani herdsmen etc) in the language they would understand?

“But quick to speak in the language of GENOCIDE he thinks Biafrans will understand.

“The world can no longer be fooled by the hypocrisy of this @NigeriaGov,” Kanu tweeted.

‘Those out to destroy my Government will be dealt with' - Buhari

READ ALSO >>> I am responsible, it will not happen again – Makinde tells Ibarapa residents - Iganga attack