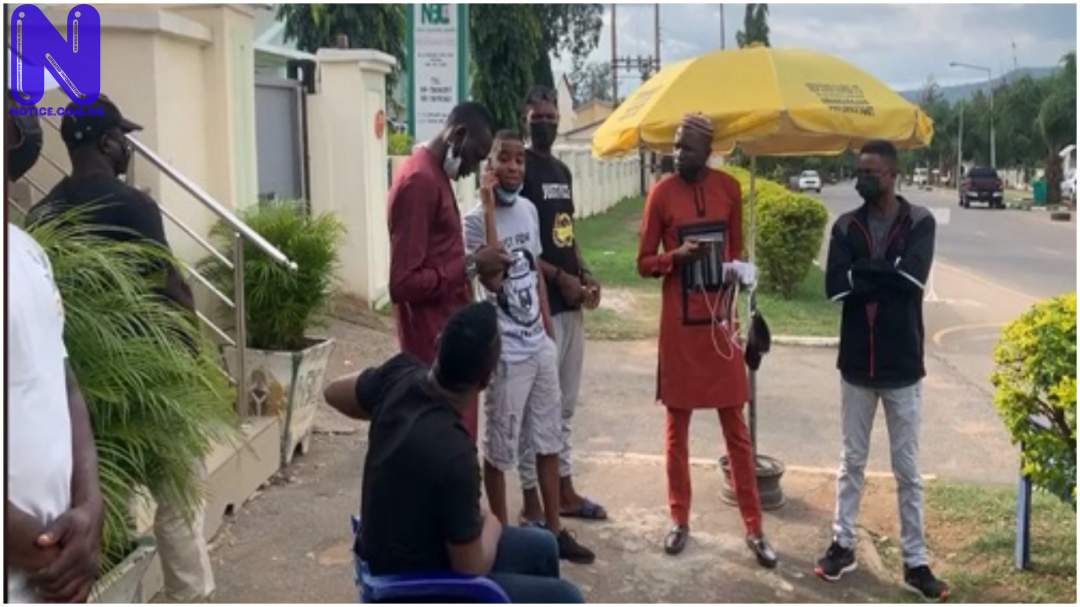 Human rights activist Omoyele Sowore and some Nigerian broadcasters have stormed the headquarters of the National Broadcasting Commission (NBC), Abuja over the query issued to Channels Television for interviewing Governor Samuel Ortom of Benue State.

The NBC has also summoned presenters of the TV station, Chamberlain Usoh and Kayode Okikiolu to its office in Abuja for questioning.

The presenters who are the major anchors of the TV's ‘Sunrise Daily' breakfast programme were invited to the Abuja office of the agency on Thursday over some comments made against President Muhammadu Buhari by two guests during the programme on Tuesday.

Following the moves by NBC, Sowore and other activists stormed the agency’s residence in solidarity with the embattled TV station.

In a live update monitored by Press, Sowore who adorned a black top with "Justice" written boldly on it with other activists, stood at the entrance of the commission's office.

The live video was captioned, “Solidarity with Channels Television Nigeria presenters at the offices of Nigerian media regulatory body NBC”.