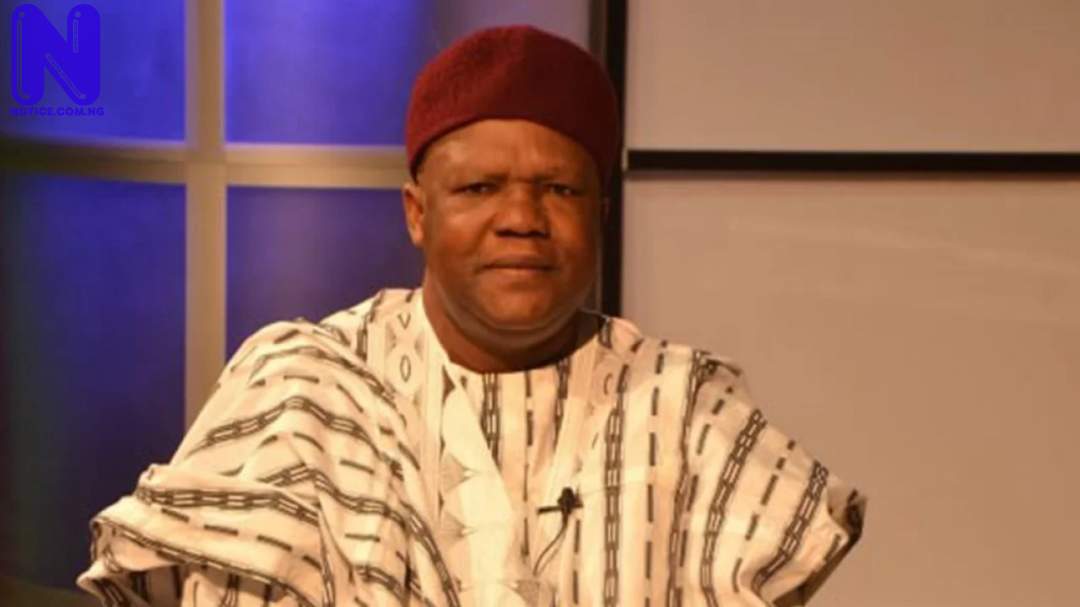 The Southern Kaduna Peoples Union, SOKAPU, has expressed concern on the continuous invitation of the Ex-presidential candidate of the African Democratic Congress, ADC, Dr Obadiah Mailafia, to the Plateau State office of the Department of State Service, DSS,
Mailafia has reportedly been invited by the service to appear before it on Monday, September 14, 2020, for another round of questioning,
The union noted that there are several instances where security agents have developed cold feet in inviting top officials for a chat with a view to staving off a further bloodbath.
“Why has it remained impossible for DSS to invite MACBAN officials who had always claimed responsibility for attacks, claiming such attacks as revenge or reprisals?” SOKAPU asked.
In a statement issued by the SOKAPU National President, Jonathan Asake and made available to Press on Sunday, the union said, “We are worried that this is the third time that the nation’s secret police is inviting Dr Obadiah to appear in its Jos office over a radio interview he granted. It is now undoubtedly obvious that these series of summons are aimed at not only intimidating the Ex-Deputy Governor of the Central Bank of Nigeria (CBN) but also throwing him into an abyss of frightening uncertainties in a bid to force him into silence.”
The statement noted that it is not the first time a prominent Nigerian would come up with what Dr Mailafia came up with in his radio interview.
“That the DSS has continued to be on the trail of this distinguished son of Southern Kaduna who is a national patriot reveals that an unsavoury plot orchestrated by certain elements in the security agencies to coerce him into silence may be in the offing,” the statement alleged.
The statement explained that Dr. Mailafia has every reason to warn against any further threats to the country, real or perceived, stressing that presently, over 101 communities of Southern Kaduna where he hails from are literally captured, the natives chased away and are now occupied by armed Fulani militia, where the native owners of these lands have been living in dehumanizing conditions as IDPs, mostly in neighbouring communities. What has the DSS and the Nigeria state done about it? Nothing!
The Union As stated by the statement said they are in total agreement with the disclosures made by the erudite scholar and technocrat (Dr Obadiah Mailafia), adding that as he rightly said, the current gale of killings in Southern Kaduna rural communities are deliberately sponsored and a part of a bigger agenda to cause anarchy with the ultimate objective of taking over our ancestral lands.
The union recalled that in the past, there have been prominent people who came up with similar disturbing disclosures, but no such invitation was ever extended to them for questioning.
The statement cited the officials of the Miyetti Allah Cattle Breeders Association of Nigeria (MACBAN) had in many instances claimed responsibility for deadly attacks on communities, but the response from the security agencies has always remained an embarrassing silence.
According to the statement, “In a similar manner, Governor Nasir Ahmad El-Rufai of Kaduna State shocked his audience on national television when he disclosed that he had traced the foreign attackers of Southern Kaduna communities to Mali and other countries where he paid them compensation to stop their murderous expedition in the area. Nearly four years after this disclosure, the bloodbaths in Southern Kaduna have not ceased, rather, it’s on the increase. If indeed security agencies were genuinely concerned in resolving the insecurity ravaging the people, why have the security organisations not invited Governor el-Rufai to unveil those he paid the compensation to?”
The union added that the Kaduna Governor declared during a television programme that foreign observers who dared to interfere in the conduct of the 2019 polls would return to their various countries in body bags. “Despite the bewilderment expressed by Nigerian People and other global citizens, not even a whimper was heard from the security agencies,” the statement wondered.
“Why has it remained impossible for DSS to invite MACBAN officials who had always claimed responsibility for attacks, claiming such attacks as revenge or reprisals?” the statement further asked.
It said that Dr. Obadiah has not done anything evil to earn these incessant invitations, adding that the union totally condemned the invitation by the DSS for the Ex-presidential candidate to appear before the secret police this Monday for the third time.
“As Dr. Mailafia prepares to honour the third invitation tomorrow, September 14, 2020, SOKAPU wishes to place on record that should any evil be visited on him, the DSS should be held responsible. SOKAPU calls on men and women of good conscience in Nigeria and the international community to rise up against this apparent dictatorship and stop further persecution of Dr. Mailafia over his audacity to stand up for truth and patriotism,” the statement assured.