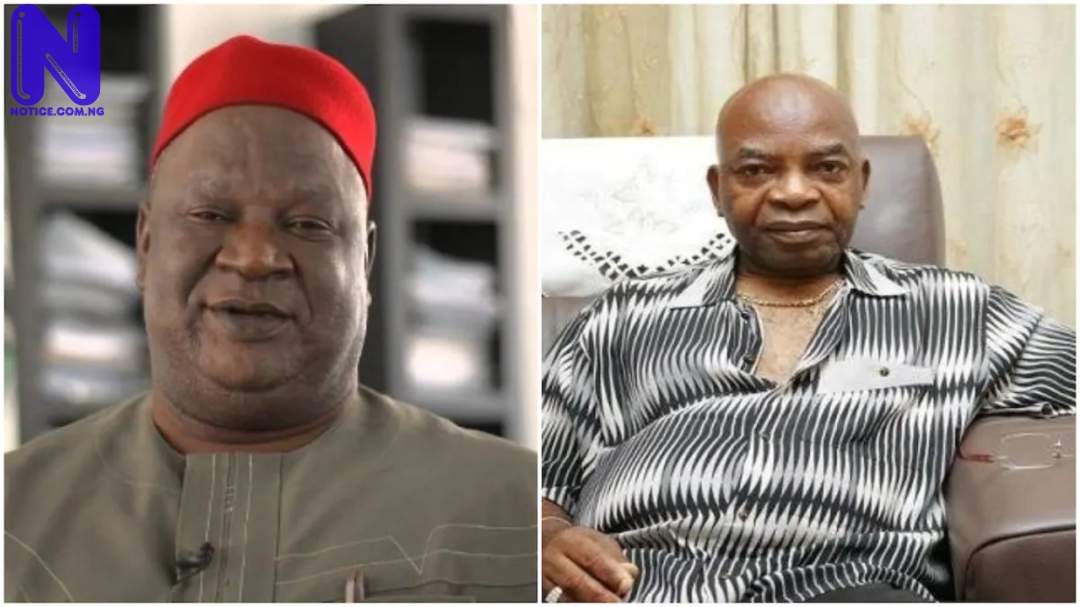 The South East Governors Forum and Igbo leaders at the weekend directed the leadership of Ohanaeze Ndigbo to mediate between the crisis that ensued between the Ex-Senate President, Senator Pius Anyim and Prince Arthur Eze.
The chairman of the South East Governors Forum and Governor of Ebonyi State, David Umahi, made this known to journalists at the Governor’s Lodge shortly after a teleconference meeting with other governors and leaders of the zone.
According to him “The meeting requested the President of Ohanaeze to meet with Prince Arthur Eze and the Ex-Senate President, Senator Pius Anyim and to mediate between two of them.
“The leaders of southeast directed that the two illustrious sons of Ndigbo should seize fire and we appeal to you to give light on this misunderstanding between two of our brothers.
“The meeting also passed a vote of commendation on the leadership of Ohanaeze, National Assembly members from the southeast, the governors and leaders, on their efforts in the handling of security matters of the zone, as well as COVID-19 pandemic.
The Governors, in spite of that, commended President Muhammadu Buhari for his quest to complete the second Niger bridge project before the expiration of his tenure.
“On the second Niger bridge, we commend President Muhammadu Buhari very highly, the project is on course. And we are told that by July 2022, they will hand over the project to Southeast.
“We are very hopeful that this project will be realized under Buhari, and so, we thank him very much.
“On the Enugu Airport, the 30th of August deadline that is given by the Minister of Aviation is on course. And, we again thank the President that a lot of jobs have been done at Enugu Airport.
“Even the cargo airport is also going on. And for this, we are grateful to Mr. President, Minister of Aviation and the Enugu state Governor, as well as Engr. Chris Okoyie.
“On the Aligbo stabilization fund, a committee of twenty-four members has been set up to come up with the programs and procedures. And we agree that within the next six weeks, they will submit their reports to us to review, so that we can take off,” he stated.