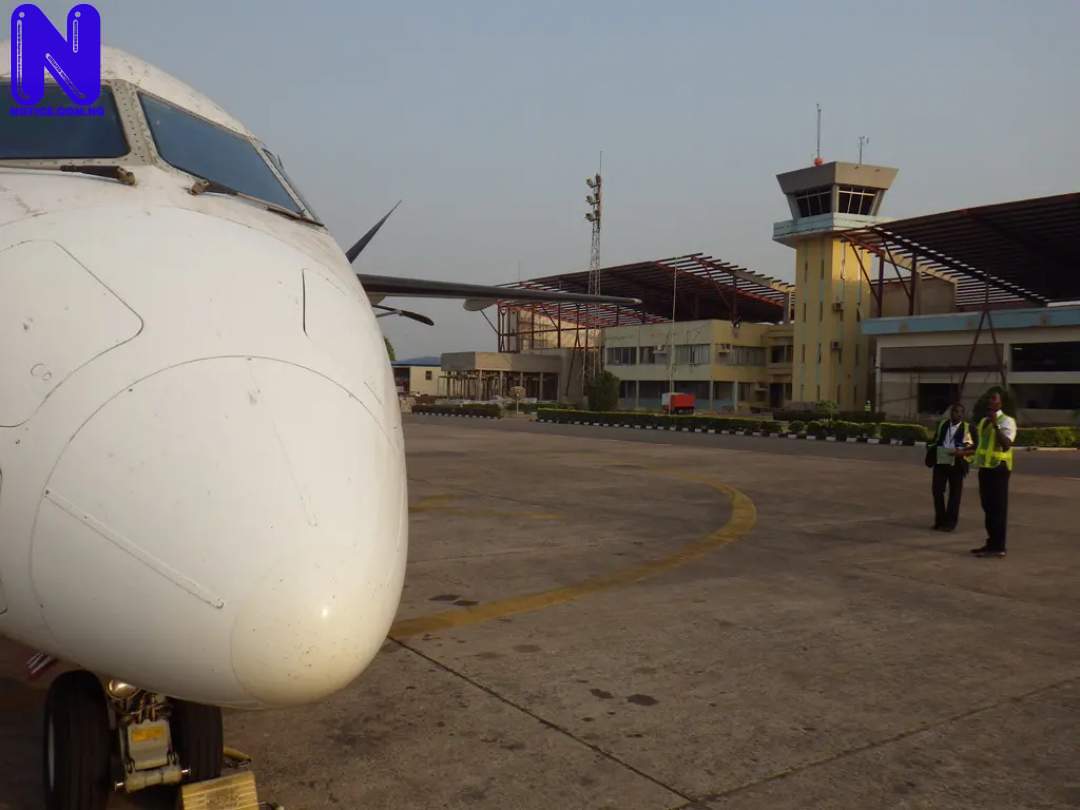 Ahead of commercial flight resumptions today, Monday, at the Akanu Ibiam International Airport, Enugu, the South-East Governors have made clarifications on uncompleted projects littering the Airport.
They spoke through the Works Committee set up by the Forum to monitor the rehabilitation work at the Airport.
Chairman of the Committee, Engr. Chris Okoye, who spoke to journalists in Enugu weekend, said everything needed for commercial flights to resume had been put in place.
This has led to rest widespread fear that the Airport was not ready for use following the non-completion of some rehabilitation work, especially at the Terminal Building, the entrance roads and other internal structures.
Okoye, who emphatically disclosed that the first phase of the project had been completed, said the Terminal building rehabilitation was not part of the initial contract.
He identified the first phase of the project to include the rehabilitation of the runway, the airfield lighting, the runway markings and minor associated works with the runway.
Most of these, he said, have been completed, apart from the airfield lighting contract which he said is expected to have gotten to a level that allows night operations at a visibility not less than 1000 meters by Monday September 7.
The committee listed the ongoing projects which Okoye said are being handled by FAAN and other stakeholders to include the Terminal building, which is at 35% completion.
Others are the Entrance Toll Gate, drainage work, Aviation clinic perimeter fence/road which were not part of the initial project but embarked upon to give the airport a face-lift.
Engr. Okoye further noted that the ongoing jobs will not affect flight operations at the airport.
The second phase of the project As stated by him, include: “EOC, clinic, external drainages, additional parking lot, renovation of the existing terminal building, entrance gate, and overlay of external roads.”
On the status of pending works, he said, “We should be able to achieve the following before Monday 7th September 2020- basic approach lighting system on both runways, runway edge lights, threshold and runway end lights, taxiway edge lights.
“The following equipment will be installed from 7th of September- runway centre light, touch down zone lights, CAT I Approach on RWY, CAT II Approach on RWY, signage and stop bars.”
The Chairman said: “there are other projects being handled by NAMA in upgrading the navigational facilities, including installation of new satellite communication (VSAT), which facilitates the availability of RCAG (Remote Control Air to Ground), ATS/DS (Air traffic Services Direct Speech says Airport to Airport hotline communication via satellite), AFTN (Data exchanges between Akanu Ibiam and other airports around the world via satellite).”
Others are installation of extended range VHF radio coverage for upper air communication for the South-East corridor using 127.3MHZ, installation of new signal lamp, installation of new rotating beacon, among others.