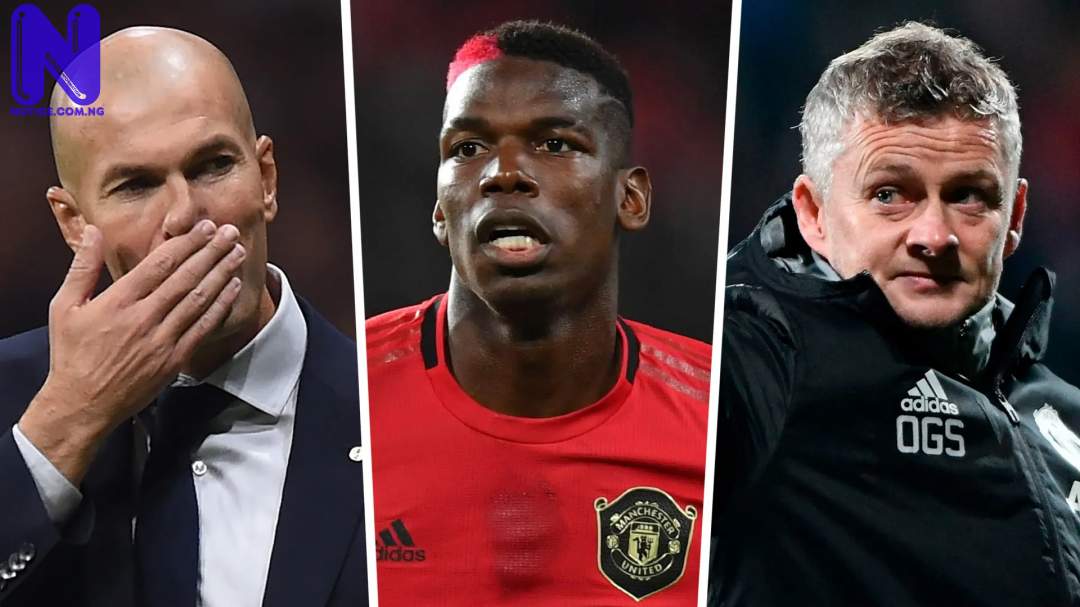 Pogba was pictured meeting with Zidane during the international break in Dubai, where he has been taking in some warm weather training as part of his injury rehabilitation.

The Blancos manager took some time out to meet the midfielder in the Middle East, after speaking at an Artificial Intelligence in Sports (DAIS) Conference.

Pogba was strongly linked with a move to Santiago Bernabeu over the summer, after expressing a desire to undertake a new challenge at the end of the 2018-19 campaign.

“I don’t have a problem with that at all,” the United manager told a press conference on Friday.

Solskjaer went on to dismiss any notion of disloyalty from Pogba.

“He’s been playing through the pain barrier.

“He’s been criticised left, right and centre, but when he came back, Rochdale, Arsenal, he could have easily opted not to play in them. He wanted to play,” the Norwegian added.