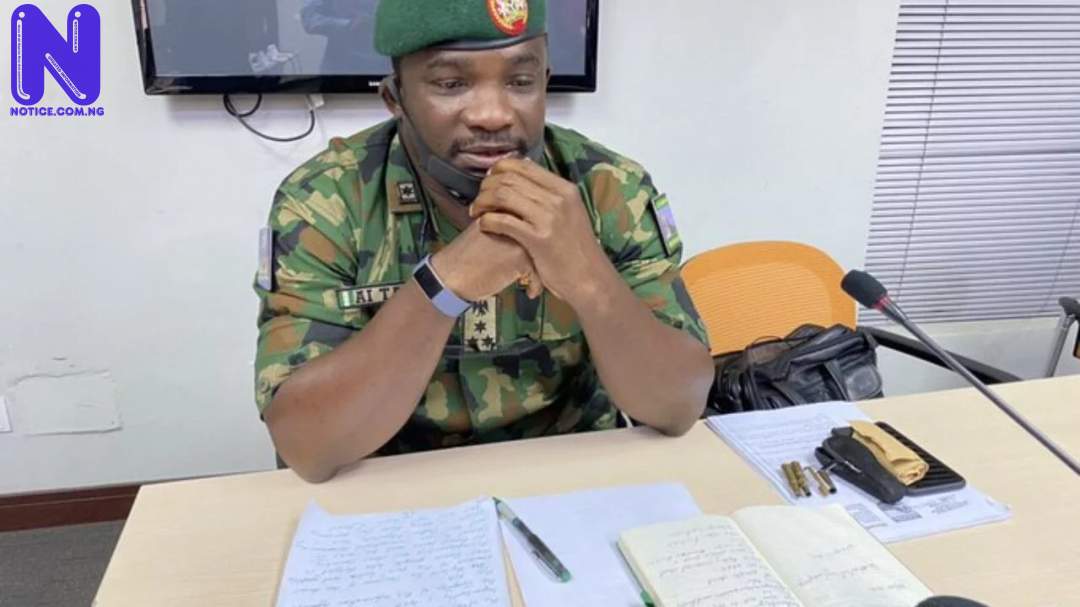 Commander of 81 Military Intelligence Brigade, Victoria Island, Lagos, Brigadier General Ahmed Taiwo, has confirmed that soldiers stormed the Lekki Toll Gate protest scene with live bullets.
Taiwo said soldiers left Bonny Camp military base to End SARS protest scene having live ammunition.
The General said this while being cross-examined on Saturday on his earlier testimony.
He, in spite of that, said the live ammunitions were for backup and were not used by the soldier.
Olamide Fusika, lawyer to the End SARS protesters asked the army general what the soldiers left Bonny Camp with, General Taiwo, said ‘Vehicles and riffles.”
Probed further on whether the soldiers’ rifles had only rubber bullets as he had earlier testified, General Taiwo said they had live bullets, but swiftly added that the live ammunition were meant for back up measures.