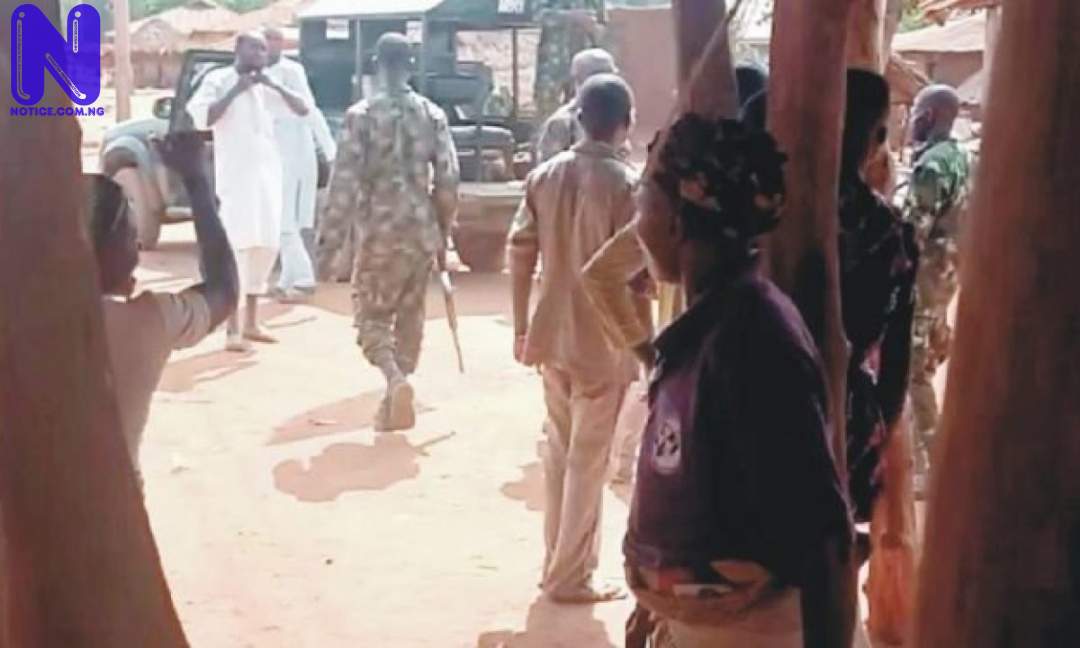 Traditional rulers in Yewa North Local Government area of Ogun State have alleged that some men in military uniform led Fulani herdsmen into their communities, forcing them to accept the fact that cows will continue to graze on their farms.
The monarchs said the soldiers flogged their subjects who tried to explain that the herders and their animals destroy farms, causing unnecessary clashes in their communities.
The monarchs are the Oniggua of Iggua, Oba Micheal Dosumu; the Eselu of Iselu, Oba Akintunde Akinyemi; and the Alademeso of Igan Alade, Oba Gabriel Olalowo.
They were said to have, on January 7, forwarded a petition to the Brigade Commander, 35 Artillery Brigade, Alamala, Abeokuta, the Ogun State capital.
According to the petition, signed by their lawyer, Mr. Olaoluwa Folalu, the kings lamented that the soldiers called them out for community meetings, where they made it clear that herdsmen, who had earlier left the community would now return, warning everyone not to stop them from grazing.
At the meetings, two youths who objected tob the decision were allegedly brutalised by the soldiers.
However, a Senator representing Ogun West, Tolu Odebiyi has reacted to the development.
Adebiyi, Press reports, has demanded that a thorough investigation be carried out without further delay.
The Senator also lamented the incessant cases of harassment, brutalisation and maiming, traceable to herders in Yewa land.
In a statement on Saturday, the Senator said, “It is morally wrong to allow herders to graze on people’s farms unchecked, to the point that law-abiding citizens are rendered hapless.”
This, As stated by him, sends a dangerous signal, while undermining the credibility of the government.
The Senator also called on the Army and the Ogun State Commissioner of Police to urgently look into the matter, to stop what he described as “the inimical, unpleasant and nasty situation reverberating around the villages of Ateru, Moro, Ologun, Agbon, Igbota, Ogunba-Aiyetoro, Oke-Odo, Kuse and others.”
Odebiyi complained that residents of Ogun West had gone through a lot of trauma in the hands of the military and other security agents, adding that it is their responsibility to protect the lives and property of the citizenry.

DO YOU KNOW >>> Akeredolu sworn in for second term, vows to ensure security in Ondo