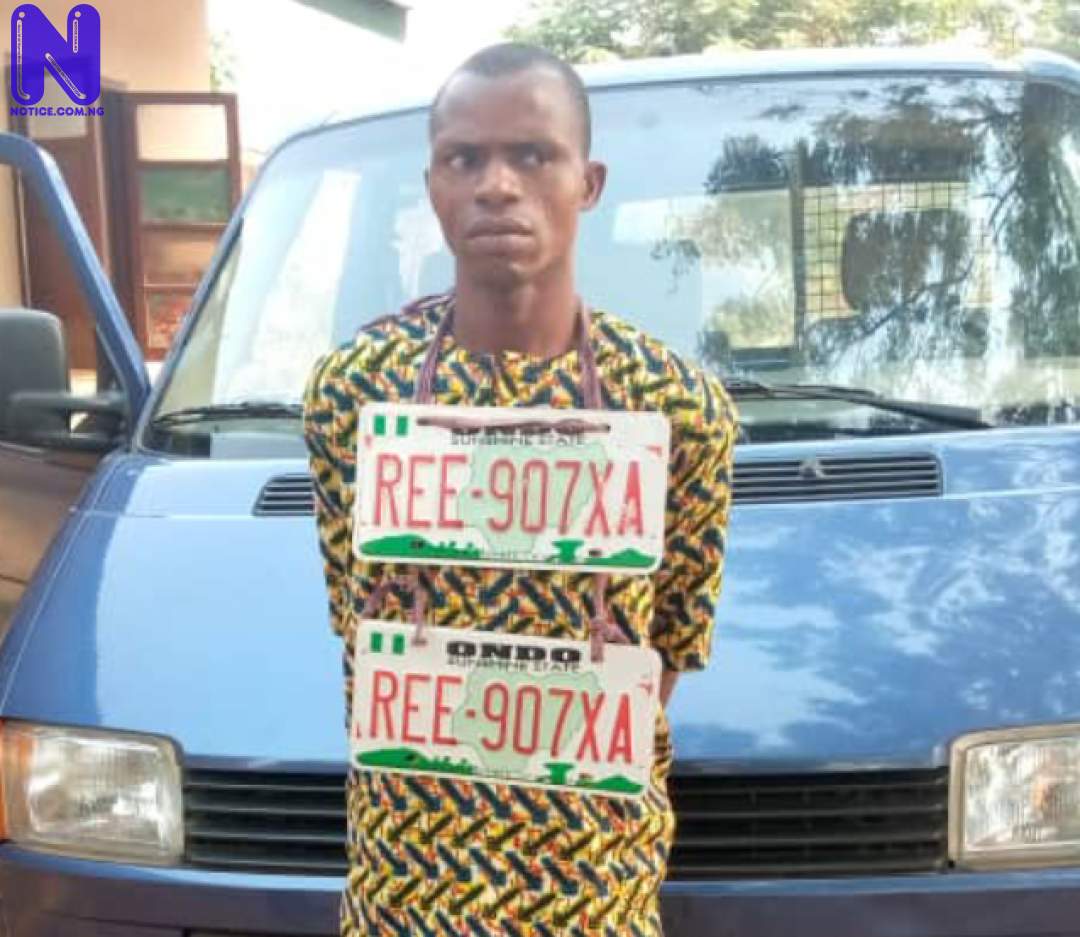 Erinfolami, said to be a native of Ipobe, Republic of Benin, was employed as a driver by a bread baking company known as Igbeyinadun, in Ondo State.

The man was said to have absconded with a Volkwagen bus registered as ‘REE 907 XA' and Chasis number ‘WV2ZZZ70ZVH079738'.

According to a statement by the corps spokesman, Moruf Yusuf, it was learnt that men of the security agency, having been contacted over the stolen vehicle, quickly embarked on special duties in border areas to ensure the vehicle was not exported to the neighbouring Benin Republic.

"The State Operation Team and Ilaro Area Command of the Corps swung into action and were able to gather intelligence that the car is still within Ilaro axis. The suspect was smoked out of hiding and he was arrested at about 7:4500hrs," Yusuf said.

The suspect was said to have confessed to the crime, saying that the stolen vehicle belonged to his employer, one Mr Tajudeen, popularly called Igbeyinadun.

"He further confessed that after the bread was supplied, he decided to go away with the car and took it to a brother called Elewedu in Ilaro to get buyer for the stolen vehicle.

"The suspect and the recovered vehicle have been transferred to the Nigeria Police in Ilaro division for further investigation and likely prosecution," he added.