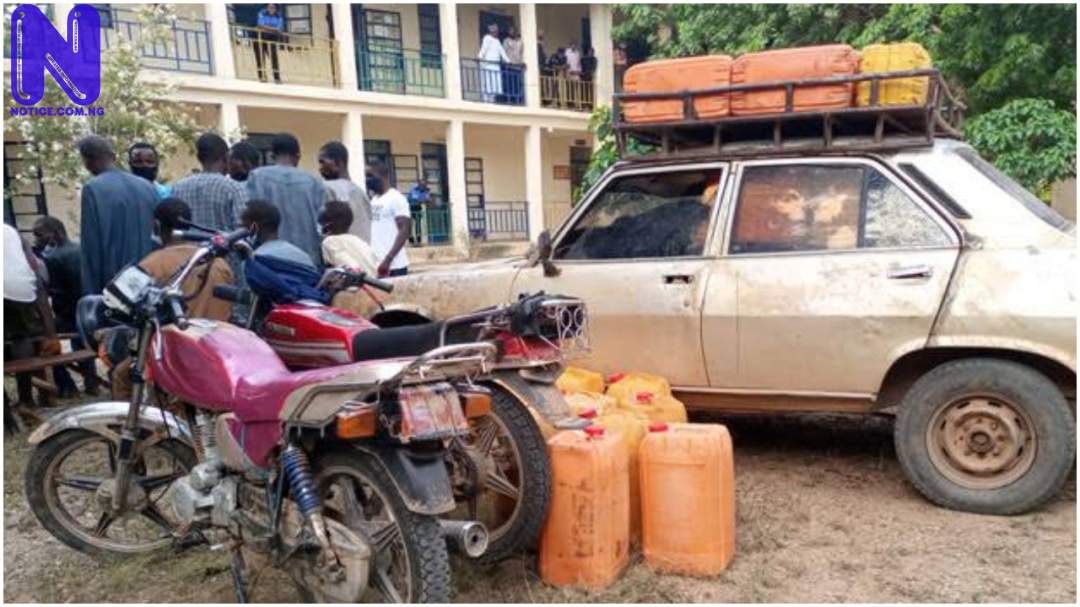 In a bid to beat the security strategies in place in Katsina State, the Nigerian customs has revealed how smugglers planned to bypass security operatives in the state to supply fuel to bandits in the forest in order to continue with their onslaught in the state.

The Customs Controller, Katsina Area Command, Comptroller Chedu Dalha Wada, while briefing pressmen at the state command disclosed that the collaborators now fabricate the fuel tank of Peugeot 504 to accommodate approximately a drum of fuel in their bid to sell fuel to bandits in the forest.

The Comptroller said they discovered this when two Peugeot 504 with over enlarged tank full to the brim with fuel was intercepted by customs operatives while heading to the forest with fuel for the bandits.

DO YOU KNOW >>> NSCDC arrests herder for attacking farmer in Kwara

CD Wada said: "Recently, we intercepted and seized two Peugeot 504 vehicles which the smugglers have fabricated their tanks to carry large quantity of fuel. The smugglers usually go to the fuel stations with these vehicles to buy fuel which they will resell to bandits. Through intelligence gathering, we monitored their activities down to the filling station where they buy from but as soon as they sensed our presence, they abandoned the vehicles which we seized and brought to our office."

According to CD Wada: “One 504 Peugeot with fabricated tank is able to contain more than 10 jerricans of 25 litres which is equal to 250 litres and a drum of petrol. So, if they succeed in moving one fully loaded tank of 504 Peugeot to the forest, they will have a drum of fuel and you can imagine what that will do for them.”