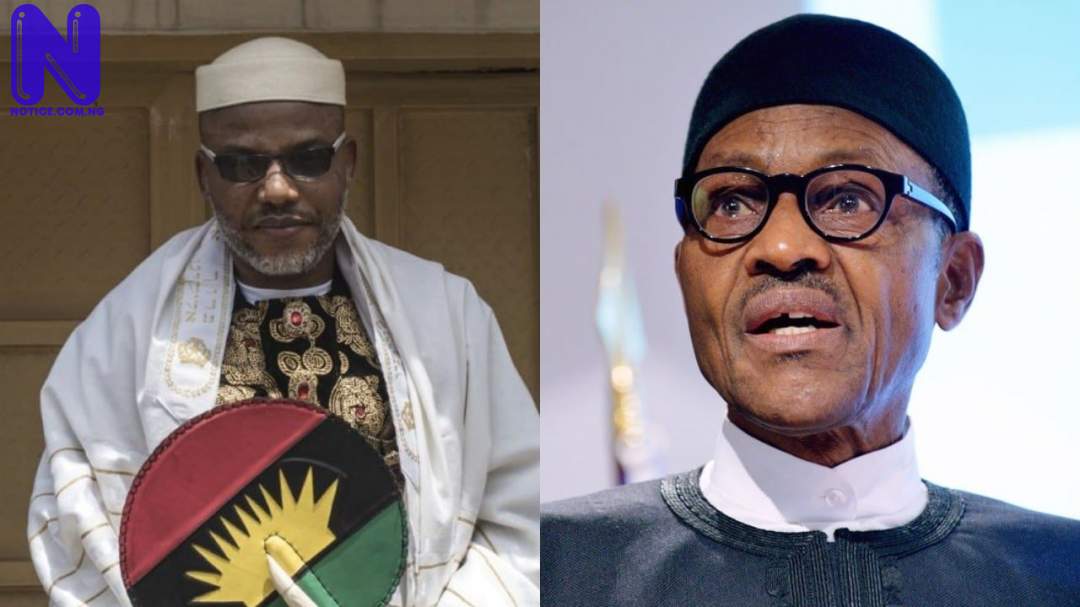 Socio-economic activities and vehicular movements went on unhindered in Umuahia, the Abia State capital and its environ, on Tuesday, without fear of molestation by members of the Indigenous People of Biafra (IPOB) as court sat over Nnamdi Kanu’s alleged abduction by the Nigerian government.

Recall that the hearing in the suit filed before Justice KCJ Okereke-led Umuahia High Court in Abia State, by Mazi Nnamdi Kanu, leader of the Indigenous People of Biafra, IPOB, against the federal government over his extradition from Kenya a few months ago began on Tuesday.

The suit is demanding that Kanu be returned to Kenya where he was allegedly extradited from and subsequently to Britain where he was residing. It also demanded N5 billion from the Federal Government over alleged gross violation of his fundamental rights.

But the hearing was adjourned to October 7 following the inability of the federal government to appear before the court.

During the supposed hearing, it was discovered that out of the eight respondents, only two - the DSS in Abuja and Umuahia - have filed their reply to the suit but their processes were filed out of time which prompted Justice KCJ Okereke to adjourn the case.

Press correspondent who was in Umuahia High Court to monitor the proceedings, reported that there was heavy presence of security agents around the court complex at Ikot Ekpene road Umuahia, the state capital.

Security was also beefed up in strategic areas of the state to forestall the breakdown of law and order. Markets, commercial banks and schools were opened as students were seen attending to their daily activities.

Hundreds of supporters and disciples of the detained leader of the Indigenous People of Biafra (IPOB) as well as youths from states of Igbo land led by the National President of Ohanaeze Youth Council (OYC), Comrade Igboayaka O. Igboayaka were seen on ground in solidarity with the IPOB’s case against the federal government of Nigeria.

Recall that earlier before now, the Government of Abia had through the State Commissioner of Information, Chief John Okiyi Kalu, in a release made available to journalists in Umuahia, encouraged Abians and residents of the state to go about their normal duties without fear of molestation as necessary measures have been put in place to protect them.

According to the government, “While we do not begrudge any citizen the right to sit at home or go about their normal duties, as long as it does not infringe on the rights of others, we cannot afford to sit idly and watch the future of our children jeopardized and the economic well-being of our people further wrecked over a matter we believe can be resolved judicially or through political negotiations. We cannot continue to cut our nose to spite our face.

It advised the people of the state to promptly report any individual or group that attempts to harass, molest, intimidate or stop law abiding citizens, especially school children, from exercising their constitutionally guaranteed freedom of movement to the police.

However, a cross section of people who attended the court proceedings expressed optimism that Nnamdi Kanu will get justice in the court and warned against interference by government and her agents.

In an interview with Press on Tuesday, in Umuahia, after the court process, Comrade Igboayaka O. Igboayaka, the President of Ohanaeze Youth Council (OYC) Worldwide, who also said he was speaking on behalf of the igbo youths, stated that he had come to demonstrate solidarity of ohanaeze youths with Nnamdi Kanu in the suit, in line with Igbo philosophy of “Umunna Bu Ike, Igwebuike, Onyeaghala nwanne ya and girigiri Bu Ugwu Eze.”

Igboayaka warned the Nigerian Government against any attempt, whatsoever to use any government instrumentality to avert justice to Mazi Nnamdi Kanu.

He insisted that such will be resisted by over thirty million Igbo youths in the globe by every means necessary.

Also speaking with our correspondent, Samuel Aguiyi, a quantity surveyor living in Umuahia city, called on the President Muhammadu Buhari-led federal government to respect the rights of the secessionist leader by allowing the rule of law to take it’s course in the adjudication of the matter.

Mr. Aguiyi maintained that Kanu must be set free as he had always followed the path of law and peace in his agitations without arms until his detention, adding that his continued incarceration in the nation’s security formation cannot end the quest for self-determination by the IPOB and other pro-biafra organizations.

He advised the federal government to find a workable way to engage the agitating groups in a roundtable talk and meet some of the group’s demands towards ensuring the restoration of the lost unity and peace of Nigeria.

On her part while disclosing her view after a critical analysis in the matter instituted against the federal government by Kanu, a sociologist residing in Aba, Prince Nnanna Odum Okorie frowned vehemently on the manner the IPOB leader was extradited from Kenya to Nigeria, accusing both African countries of infringing on the fundamental rights of the latter.

He insisted that Kanu was lured and abducted from Kenya in collaboration with officials of the Muhammadu Buhari’s government and tasked the judiciary to be fair and open in furtherance of the prosecution of rights violation suit filed by the IPOB leader against the Nigerian government.

According to Nnanna Okorie, “It is condemnable in all indices the abduction of Kanu. I advise the government to unproscribe the IPOB as terrorist organization as this would persuade the separatist agitators to soft pedal in order to douse the tensions within the country.

“We maintain that government should allow rule of law to guide court proceedings pertaining to Kanu’s case against FG. There is no gainsaying the fact that IPOB and its leader, Kanu had never for one day raised arms and ammunition against the Government unlike Boko Haram sect, bandits and Killer herdsmen who have continued to unleash their nefarious attacks, leading to massive killings of thousands of innocent citizens on a daily basis, without a decisive and proactive actions by the government.

“It is quite unfortunate that the current Nigeria system has failed to offer every section of the country a sense of belonging as the current federal government has been structured on nepotism, tribalism and civilian dictatorship. There is no human face under this present Nigeria. You can see the entire Igbo land is being marginalized in the area of infrastructure, lopsided appointment, employment opportunities.

“These are the factors that spring up clamour for succession in Igbo ethic nationality. Again, I strongly believe that Kanu will get justice at the conclusion of this matter and as well as the treasonable felony charges preferred against him by the federal government. I am only asking the authorities to let justice and fairness prevail in this matter”.

Meanwhile, speaking to journalists at the court on Tuesday, Barrister Ejimakor expressed confidence in the capacity of the Abia High Court to uphold the law by enforcing Kanu's human rights.

He said “there is an unbroken chain of federal government's violations of Kanu's constitutional rights that began with the lethal military invasion of his home in Umuahia and his flight to safety in 2017 and his extraordinary rendition to Nigeria in late June 2021”.