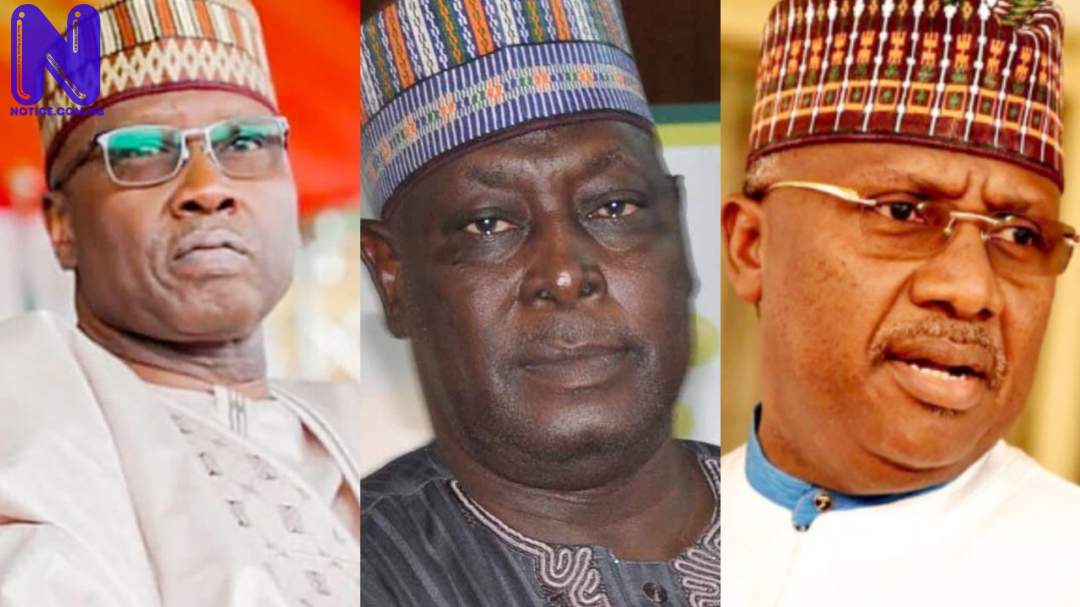 Incumbent Secretary to the Government of the Federation (SGF), Boss Mustapha, his predecessor David Babachir Lawal, and immediate past Governor of Adamawa State, Jibrilla Bindow, have commenced fresh moves to revive the All Progressives Congress (APC) in the state.
Others in the move to return APC to its pre-2019 reckoning in Adamawa State include President Muhammadu Buhari’s inlaw, Ahmed Halilu (Mudi), ex-EFCC Chairman Nuhu Ribadu, Sen Aisha Buhari (representing Adamawa Central Senatorial Zone in the National Assembly), Hon Abdulrazak Namdas (House of Representatives member for Jada/Ganye/Mayo-Belwa/Toungo federal constituency), and the immediate past deputy governor, Babale Martins.
The party stalwarts and some others held a meeting in the state capital, Yola, and, among other things, raised a committee to address issues they believe cost APC’s quest to retain the state in 2019.
The APC which won the governorship election of the state in 2015 had been in a strong position to keep power during the 2019 elections, with incumbent governor Jibrilla Bindow holding the APC ticket and vying for a second term, but he lost the governorship election to PDP’s Ahmadu Fintiri, over intra party conflict in the APC.
In the fresh move to possibly right the wrong ahead of 2023, a meeting of APC stalwarts, under the name of Adamawa APC Senior Stakeholders’, was convened by Ex-SGF Babachir Lawal, and agreed to form a formidable front, and consequently came up with a committee.
A communique on the meeting which was issued to newsmen on Tuesday indicated that Babachir Lawal heads the committee, with other stakeholders strategically positioned to pursue the party’s interest, including SGF Boss Mustapha and the FCT Minister Mohammed Musa Bello who was charged with interfacing with the federal government in pursuit of the interest of party members in the state.
Sen Aisha Dahiru Binani and Hon Abdulrazaq Namdas are to pursue the party’s interest from the National Assembly.
Others in the committee include Ex-Governor Jibrilla Bindow, the party’s governorship aspirants in the 2019 elections: Mahmood Halilu and Nuhu Ribadu, and seasoned politicians: Sen Jonathan Zwingina, Amb Fati Ballah-Abubakar, Mrs Anna Sini, and the Minority Leader in the Adamawa State House of Assembly, Hon Mohammed Mutawali.
The communique issued by the new group and signed by Babale Martins who chaired the meeting indicated that the Stakeholders’ meeting charged the high powered committee to interface with the various groups within the party towards forming a united front against the “divisive positions that ruined the party’s chances at the polls in 2019.