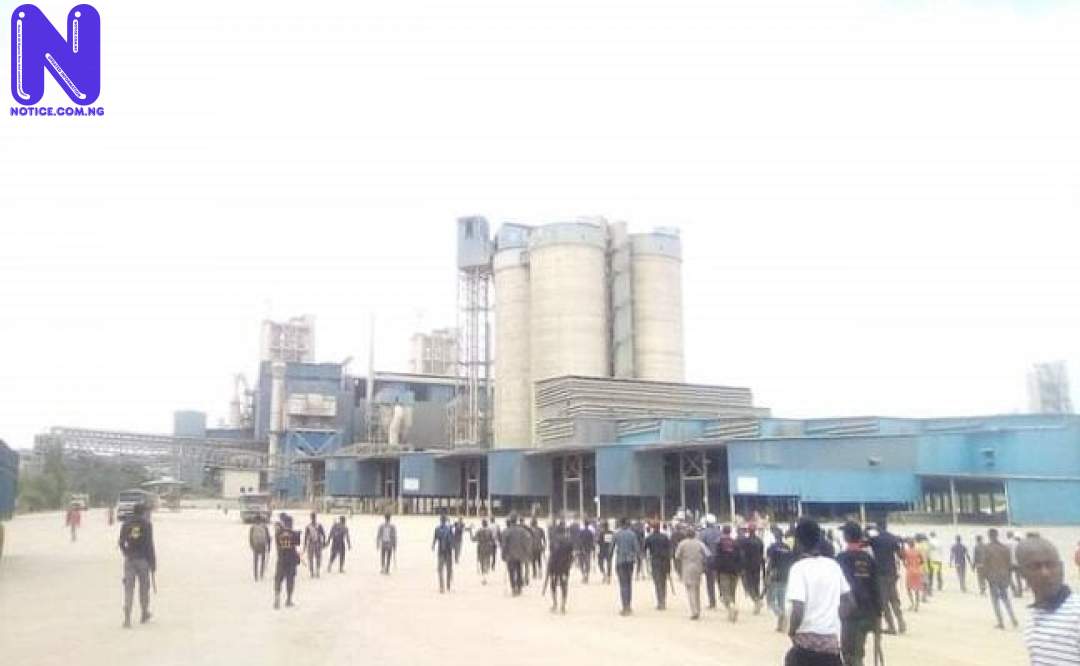 Seven staff of Dangote Cement factory, located in Obajana Kogi State have been reportedly shot while several others were wounded when armed men invaded the plant on Wednesday.

Press authoritatively gathered that the armed men, numbering about 500, mostly vigilantes, were said to be fully armed with assorted rifles, machetes and other dangerous weapons.

The development in the cement factory saw residents and passersby scamper for safety.

Members of the vigilante group were allegedly led by the some government officials.

A source, who identified some of the men as thugs, alleged that most of them were drawn from the State vigilante and hunters who have been working for the Kogi State Government.

Mr. David Oluruntoba, spokesman for the Oyo Mining host community, described the act as primitive and disgraceful, saying the youths of the community can never be used, and will not take part in such ‘evil practices'.

He said: "They called us to join them. But I told them that the company has not offended us. We just signed a Community Development Agreement (CDA) and the company has been helping us and providing us with jobs. What has the government done for us, nothing. There is no basis to support the government." . Speaking also, the Olu of Akpata, Fredrick Balogun said he was never contacted and as such cannot justify the unwarranted invasion.

"We are royal fathers, and we will continue to seek the path of reconciliation and amicable resolution of any misunderstanding. We don't have issues with the company," he stated.

Meanwhile, members of the mining and host communities have condemned the Kogi State Government for what they described as extra-judicial and unlawful deployment of the vigilante to cause chaos in the Obajana community.

Efforts to speak with the Kogi State Police Public Relations Officer William Ovye Aya proved abortive as of the time of filing this report.