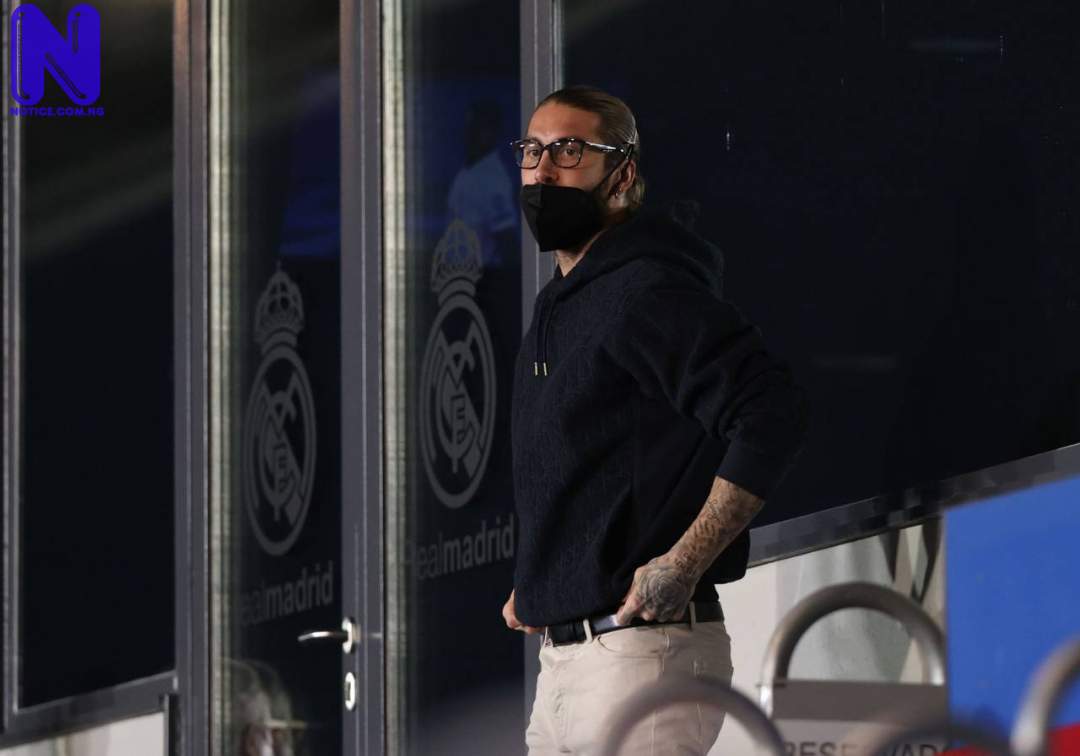 Real Madrid captain, Sergio Ramos, has reacted to his side’s Champions League 3-1 victory against Liverpool on Tuesday night at the Estadio Alfredo Di Stefano Stadium.
Vinicius Junior opened the scoring for Real Madrid before Marco Asensio doubled the lead for Zinedine Zidane’s men before half-time.
Mohamed Salah then scored a goal for Jurgen Klopp’s side in the second half as Junior scored again to give the LaLiga champions a first-leg advantage.
Reacting to the match’s outcome, Ramos, who missed the game due to a muscular injury in his left leg, said he was annoyed not to feature for Real Madrid against Liverpool.
The Spain international also said he was delighted to see Real Madrid won against the Premier League champions.
Ramos wrote on Twitter, “Anger at not being in the field, PRIDE to see them. Big my @realmadrid! ”
Ramos will hope to recover before Liverpool host Real Madrid in the Champions League quarter-final second leg on April 14 at Anfield.