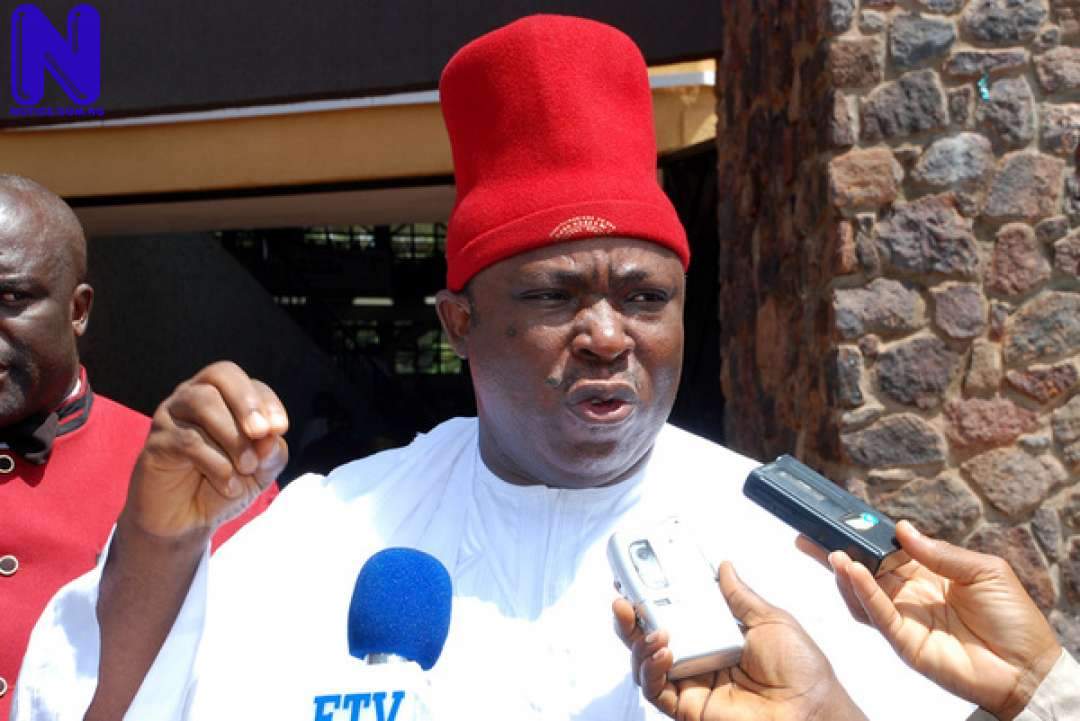 Ex-National Chairman of the All Progressives Grand Alliance(APGA), Senator Victor Umeh, has commended President Muhammadu Buhari-led federal government and the Military, for allowing the family of the leader of the proscribed Indigenous People of Biafra,(IPOB), Nnamdi Kanu, bury his late Parents, Eze Israel Kanu and wife, Ugoeze Sally.

This came following the altercation that earlier, ensued between the leadership of IPOB and the police over the pro-Biafra group insistence to participate in the Late Nnamdi Kanu’s parent’s burial rites.

Abia state Commissioner of Police, Ene Okon, had warned members of IPOB to stay away from late Eze Isreal Kanu’s burial arrangement as the police command would deal decisively with anybody trying to disrupt the peace of the state.

But, speaking to newsmen at St. Andrew’s Anglican Church Afaraukwu Ibeku in Umuahia, venue of the funeral church service for the late Monarch and Wife, Senator Umeh, hailed the peaceful atmosphere witnessed in the ongoing funeral service for the Late Kanus.

Umeh said, “I have been here, and I can say, I’m happy. Because the atmosphere here is peaceful. There is nothing here to indicate that anybody wants to disrupt the burial rites of our late traditional ruler, Eze Israel Kanu.

“Burial is a solemn thing, and the federal government has done well allowing us bury our brother and his wife. That is the way it should be because death awaits everybody. I read about the altercation between Nigeria police and the leadership of IPOB on social media and newspapers, but it didn’t stop us from attending this burial.

“It is our obligation to bury somebody in true Christian way. For the fact that the government allowed us to bury them, we say thank you to them. We also ask them to use that same spirit to pursue peace in Nigeria. Peace can only come to Nigeria through a firm show of accommodation for as small as this”.