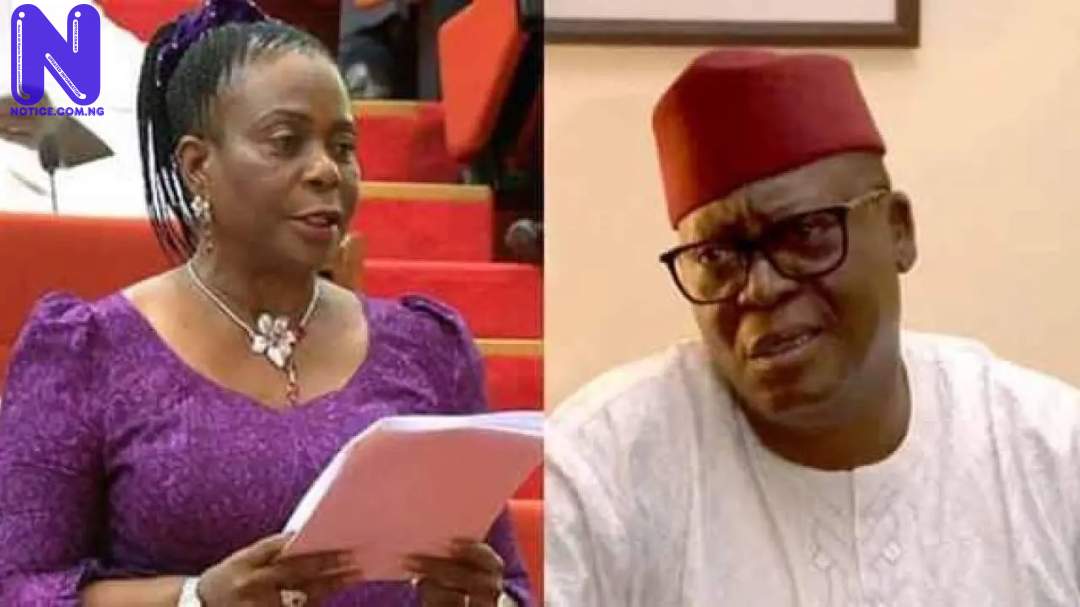 Ex-Senate Minority Leader, Mrs Abiodun Olujimi of the Peoples Democratic Party, PDP, on Thursday, said her victory in the Appeal Court over Senate Spokesperson, Prince Dayo Adeyeye of All Progressives Congress, APC, was a product of God’s grace.

Reacting, Olujimi, in a statement on Thursday, said it was God and courage of the judiciary that returned her as representative of Ekiti South Senatorial District.

“I have been speechless since yesterday morning when the Appeal Court, Ado Ekiti, sitting in Kaduna upheld the decision of the lower tribunal to the effect that I be returned as Senator, elected on the platform of the PDP in the last Senatorial election!

“It’s a mixed feeling of relief and unbelief. I am yet to fully grasp the import of God’s mercy and compassion,” she said.

As stated by her, the exercise was a great journey of soul searching and a great effort to unravel the mysteries surrounding the last Senatorial elections in Ekiti.

“Suffice it to say that I cannot fully gather my thoughts now, but will be brief and will do a comprehensive write up later.

“For me, it was sheer grace, uncommon grace that spoke for me and I will never take it for granted.”

Olujimi saluted the courage and tenacity of Prince Dayo Adeyeye, her opponent in the election debacle, saying he gave her a reason to rejoice.

“He gave me a strong reason to pursue my conviction with decency. Let me say that I know how it feels to be in his situation but I ask that he will understand that democracy is a bitter/sweet system which we all submitted to.

“I wish him luck as he moves on to plan for the future and ask that he doesn’t jettison the zeal to assist and give back to his constituency.

“We must work to make our constituents better. I will be willing to work with him on projects that will enhance the development of Ekiti South. Politics must bind rather than separate us.”

She thanked the people of Ekiti, especially the Ekiti South Senatorial district.

“I cannot finish without acknowledging the judiciary, particularly, those that were involved in the tribunal and the appeal.

“They renewed my hope in a better Nigeria where justice is compelled by transparency and fairness. I salute you all.

“I pray that you don’t relent in your quest to be fair even in the face of huge tension. Thank you for doing justice to the case.

“Lastly, I thank God for his mercies and grace. May his grace abide with us now and forever,” NAN quoted her as saying.