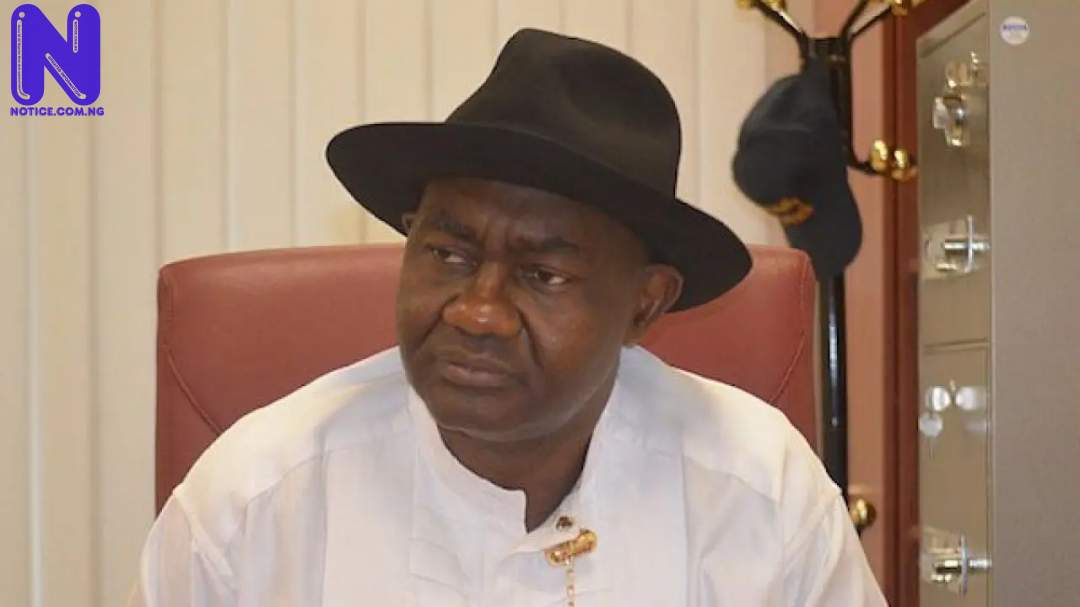 The immediate past representative of the Rivers South-East Senatorial District at the National Assembly, Senator Magnus Ngei Abe has pleaded with Transportation Minister and other top officials of the All Progressives Congress in Rivers State to end the in-fighting and let peace return to the party.

He said that no member of the APC in Rivers State is indispensable.

Abe’s statement was made available to Press on Thursday by his Spokesman, Parry Saroh Benson where he said that for the Party to rise above its present predicament, it required all hands to be on deck.

He bemoaned a situation where stakeholders of the party throw tantrums at each other stating that such behaviour, cannot pull the party out of its political doldrums and urged the leaders to desist from such unruly acts.

DO YOU KNOW >>> Gov Wike alleges plans to scuttle Edo election by INEC, others

The Senator, who was responding to what he described as Senator Andrew Uchendu’s comments in the media posited that in an atmosphere of mutual respect and acceptance, members should be able to make compromises that can move the party forward.

“I believe that any sensible politician who understands politics and can see where the APC in Rivers State is today after all the sacrifices that members have made over the years, would be very unhappy and I am very, very unhappy.

“We need peace in the party and if we can change our language and stop talking the way we do, do things differently, we can have different results.

“I have been circumspect about my choice of words when talking about Rotimi Amaechi and have said it over and over again that he is the leader of the party. But, a leader must lead in such a manner that your supporters and followers can have confidence in the leadership. Leadership should not be designed to hurt anybody or group.

“As far as the party is concerned, we need to bring everybody together, even Senator Andrew Uchendu, if only he will behave like an elder. We cannot be chasing one another in the public. He was my colleague at the National Assembly.

“We sat together at the Senate and common decency demands that there are certain things we should not say about one another in the public. That decency he cannot respect.

“If we can change our behaviour, rearrange our ways, curtail the excesses of our supporters, the party will unite again as one indivisible group.

In response to Senator Andrew Uchendu’s offer that himself and Senator Abe should renounce their ambitions for the sake of the party, Abe said: “I am ready to do whatever we need to do to bring the party together, but if the foundation of the peace is that Senator Abe should announce that he has no ambition, I will not make that announcement. In the same vein, I will not sit here to say whether I will contest or not, that question is for the future.

“People supported me for governorship because they could see that I was close to the fruit and if given a little push, I can catch it and they thronged behind me, if tomorrow am not in a good position and somebody else is better positioned, I will support that person”.

Contrary to the claim of Senator Andrew Uchendu that he was personally present at a meeting in Amaechi’s house where Senator Abe claimed that he was the greatest investment of Rotimi Amaechi, Abe said: “That statement was made at the heat of the crisis, at a rally in my village. The pictures are there. What I had on paper was that Amaechi is our biggest investment in politics in Nigeria but when it came to the time to say it, I decided not to say it that way because I was looking for peace.

“I felt that, If I say it that way, I felt it was too challenging and contentious to the man who was my governor and boss, so I switched it around because I wanted to appeal to his sense of humanity that you cannot build a house and destroy it.

“So I said, listen, I am your biggest investment, in order words, don’t destroy what you have built. We supported Amaechi. We have helped one another and we are all friends.

“The origin of this whole problem was the disobedience to Court orders that brought the face-off between Rivers APC and the Nigerian judiciary. It has nothing to do with a third party. It has to do with the behaviour of the people in the party.

“Wike was the governor of the State in 2016 during the senatorial rerun, he fought us to a point that, nobody was campaigning but I was campaigning and I won, the whole country knows that but Uchendu did not win he had to go to court. If Wike is that invincible, how did we win?

“If you are living in an area that is close to earthquakes, you don’t go and build your house with bamboo sticks because at the slightest shake of the ground the sticks will fall apart. We know that we have a formidable political opponent with a large war chest in Rivers State.

“We must build a structure that will overcome him because if our structure is not strong enough to overcome him, then everything they are shouting Wike, Wike this and Wike that, do you need Wike to cooperate with you before you win”?

“Senator Andrew Uchendu has no ambition to sacrifice because at about eighty years, he cannot win another election. More so, he had earlier publicly promised the people of Etche in 2015 that he will contest only one term only for him to return to Etche in 2019 claiming that the leadership ordered him to go back.

“A man who had no balls to defend his own public position before the people of Etche cannot be trusted with power anymore,” Abe maintained.