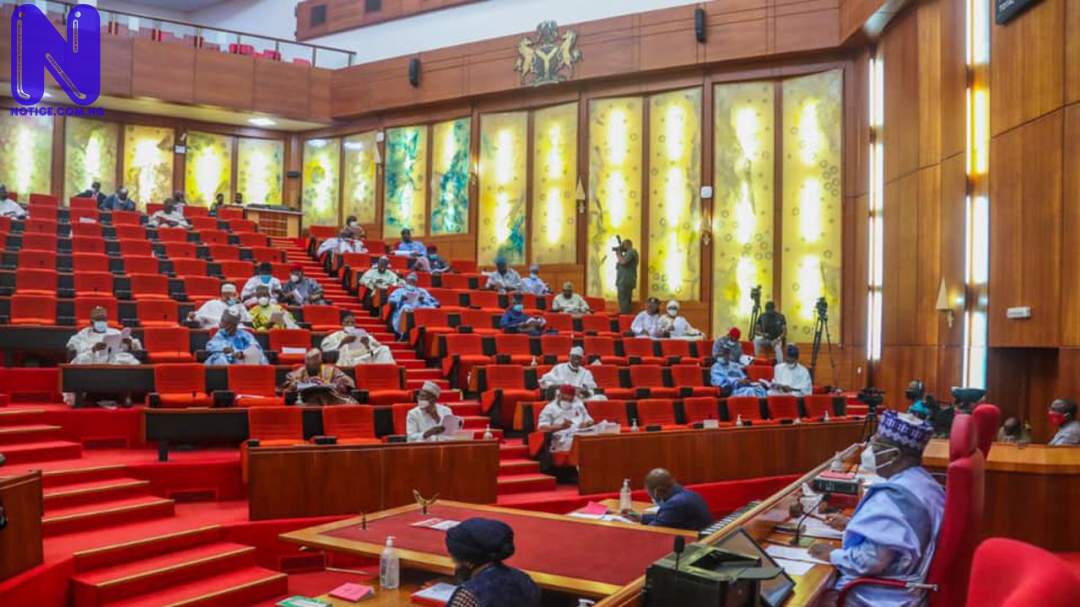 The Senate on Wednesday set up an ad-hoc committee to investigate the alleged uneven disbursement of half a N500 billion loan to the six geo-political zones by the Development Bank of Nigeria, DBN.

The upper legislative chamber, in its resolutions on a motion to that effect by Senator Ali Ndume (APC Borno South) and co-sponsored by Senator Ibrahim Bomai (APC Yobe South) on Wednesday, specifically urged the bank to ensure equitable disbursement of the loan to all the zones and also expand its facilities beyond the sectors already captured.

The committee was given two weeks to do its findings and report to the plenary.

Presenting the motion, Senator Ndume alleged a huge disparity and uneven disbursement of half a trillion naira loan to the six geo-political zones and states in the country in 2021 by the DBN.

He specifically mentioned Lagos State as the major beneficiary with 47 percent of the total loan, while the entire Northern region gets 11 percent.

The lawmaker said: “The bank’s Annual Integrated Statutory Report 2021 obtained on 13th July 2022 from the organization’s website, the bank was able to disburse a loan worth N483,000,000 only out of which only 11% went to the 19 states of Northern Nigeria while 47% went to Lagos State alone.

Senator Ndume expressed concern that “the loans were given to the the six geo-political zones, where the data showed that the South West accessed the lion’s share with 57% of the total loan, which is estimated to be around N273,740,000,000 only.”

According to him, the DBN exists to alleviate financing constraints faced by the Micro, Small and Medium Scale Enterprises, MSMEs in Nigeria by providing finance, partial credit guarantees, and technical assistance to eligible financial intermediaries on a market-conforming and fully financially sustainable.

He, in spite of that, noted that lack of awareness of the existence of the loan or even the DBN, religious belief that precludes Muslims from taking interest loans, and lack of formalization of business as most loans require that one has a registered company, corporate bank account and a good business plan have hampered the uneven disbursement.