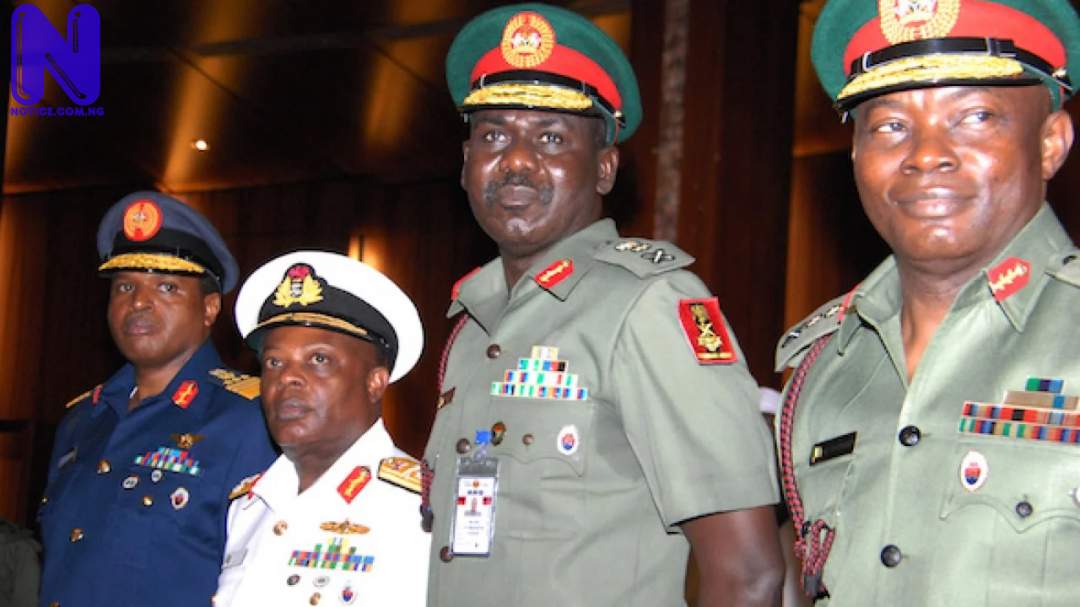 The Senate has confirmed the appointment of the nation’s immediate Ex-Service Chiefs as non-career ambassadors-designate.
The confirmation of the nominees followed consideration of the report of the Committee on Foreign Affairs.
The Ex-Service Chiefs confirmed are: General Abayomi G. Olonisakin (Rtd), Ekiti; Lt. General Tukur Y. Buratai (Rtd), Borno; Vice Admiral Ibok-Ete E. Ibas (Rtd), Cross River; and Air Marshal Sadique Baba Abubakar (Rtd), Bauchi.
Also confirmed was Air Vice Marshal Muhammad S. Usman (Rtd), Kano.
Chairman of the Committee on Foreign Affairs, Adamu Muhammad Bulkachuwa, in his presentation said their appointments were made in line with section 171(40) of the 1999 Constitution as amended.
According to him, “their experiences as Service Chiefs and in the military where they rose to the highest ranks in their careers have made them eminently qualified; and that the nominees were very knowledgeable and articulate in their response to questions directed at them by the Committee.”
Bulkachuwa, in spite of that, disclosed in the report that, “the Committee received petitions against their nominations as Non-Career Ambassadors of the Federal Republic of Nigeria but the petitions were dismissed.”
The Senate Minority Leader, Enyinnaya Abaribe, while coming under a point of order, demanded explanation as to the rationale behind the dismissal of the petition against the nominees by the committee, particularly against the backdrop of the Senate resolutions in the past calling for their removal as Service Chiefs.
Responding, the Senate President pointed out that the Senate resolution demanding their removal was in no way related to President Muhammadu Buhari’s request for the Senate to confirm them as Ambassadors-Designate, adding that, “these are two separate roles.”
“Without prejudice to what the executive will do, where we need to fight the Boko Haram insurgency and banditry, because of their experience in the field, they should be able to interact very closely and sufficiently to advise and create the atmosphere for working together, for partnership and cooperation between Nigeria and those countries.
“So, I think on that scope, the nomination cannot be nullified because we said they should be changed,” Lawan said.
The nominees were, thereafter, confirmed after a motion moved by the Senate Leader, Yahaya Abdullahi, to that effect and seconded by the Minority Leader, Enyinnaya Abaribe.
The Senate President in his remarks after the nominees were confirmed advised the Executive arm of government to deploy them to countries where their experiences as Ex-military officers would be required.
Lawan said, “The nominees that we have just confirmed are nominees that have served this great country to the best of their ability as Service Chiefs and today, they have been confirmed as Non-Career Ambassadors.
“Our appeal to the Executive is to make sure that we utilize their experiences as Military men to the best, because we should be able to post them to countries where they can be much more useful in their engagements as Ambassadors.”
Press recalls that President Muhammadu Buhari on February 4, asked the Senate to confirm the Ex-Service Chiefs as non-career ambassadors.