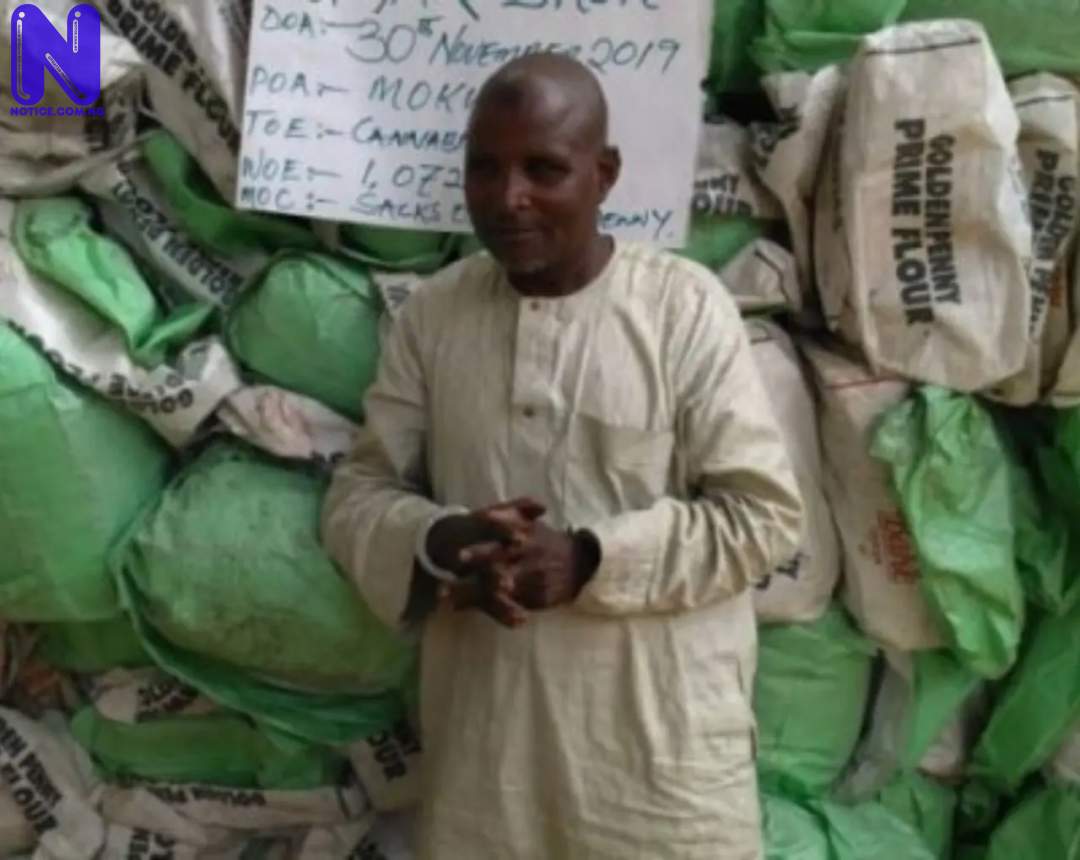 A 55-year-old suspected drug trafficker has been re-arrested by operatives of the National Drug Law Enforcement Agency (NDLEA) after being nabbed with 1,072kg of Indian Hemp.

The suspect, identified as Umaru Shehu, was arrested along Mokwa Road in Mokwa Local Government Area of Niger State after the agency received an intelligence report

Egwunwoke urged members of the public to join in the effort to stop the distribution and sale of illicit drugs in the state.

The suspect is said to have finished his jail term on October 8 for a similar offence.

Umaru was sentenced to one year imprisonment for carrying 64kg of dried Indian hemp some years ago.

When paraded, the suspect said he went back into cannabis business after serving jail term because he’s finding it difficult, as it runs in his blood.

“Cannabis business is my blood, it is extremely difficult for me to stop it.

“When I was embarking on this trip from Lagos to Sokoto, I never knew that the operatives would arrest me in Mokwa, it is my luck,” he told newsmen in the state.