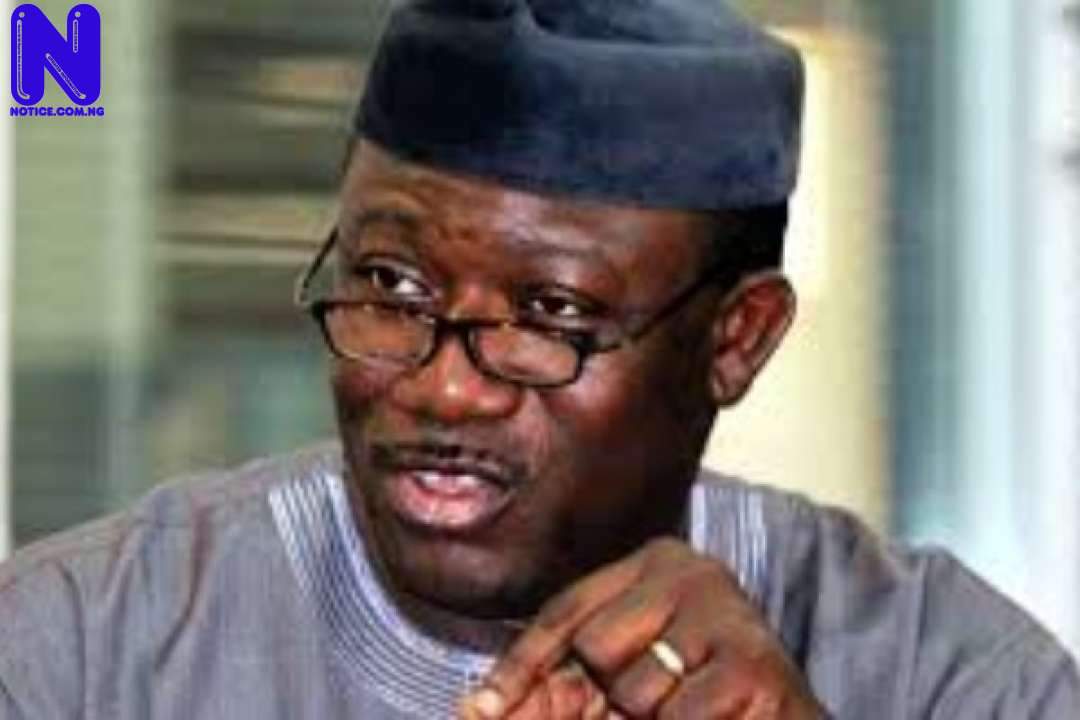 The Ekiti State Governor, Dr. Kayode Fayemi, has said the security of lives and property in the state is a joint task for his administration, security agencies and all residents.

Dr. Fayemi who spoke at a statewide Conference on Securing Ekiti, organised by the Ekiti Council of Elders said the security of lives and property is paramount to his administration.

The Governor who spoke through his Deputy, Otunba Bisi Egbeyemi, stressed that all Ekiti people irrespective of their social status or religious affiliations must unite to tackle the security challenges right from their localities.

A statement by the Special Assistant (Media) to the Deputy Governor, Odunayo Ogunmola said the forum, which was chaired by the Catholic Bishop of Ekiti Diocese, the Most Rev. Felix Ajakaye, was attended by representatives of security agencies, traditional rulers, local hunters, ethnic nationalities and non-state actors.

Describing the summit as timely and appropriate, Dr. Fayemi urged residents to always volunteer information to conventional security agencies and Amotekun operatives to curb criminal activities like kidnapping, destruction of farmlands and trafficking of firearms.

He also charged the people in the grassroots to always give information on strange faces noticed in their localities to their traditional rulers who will, in turn, reach out to government and security agencies for prompt action.

Responding to a question from the Catholic Bishop, Dr. Fayemi affirmed the position of the Southern Governors’ Forum that open grazing has been banned noting that the Ikun Dairy project in the state was an example of the benefits of ranching which he described as a panacea to clashes between farmers and herders.

“The Southern Governors’ Forum met in Asaba last month and resolved that open grazing has been banned and we have shown examples of what can be achieved with ranching with what we have done in Ikun Dairy which has become an economic gain for our people,” he said.

Most Rev. Ajakaye in his remarks expressed regrets on the recent spate of kidnapping in the state and called for a neighbourhood watch and more support for the local vigilantes to halt the trend.

The bishop also warned politicians to de-emphasize subtle and open campaign for the next cycle of elections, saying what is paramount now is the security of the people and the safety of business and investment.

While charging the Federal Government to do more on security, the cleric condemned a situation where Nigerian People have become refugees in their own country and in their own homes owing to insecurity in the land.

“What is of paramount concern now is security, not about election or campaign. It is now time to stand up and act because nowhere in our country is safe again,” Most Rev. Ajakaye said.

Meanwhile, the President of Ekiti Council of Elders, Professor Joseph Oluwasanmi, criticised the Federal Government for allegedly hampering efforts of Southwest Governors to protect their people.

Professor Oluwasanmi expressed dismay over the situation where the Amotekun operatives have not been allowed to carry arms despite what he described as “glaring security breaches.”

He suggested that all tiers of government must be proactive through improved troubleshooting, preventive vigilance, enlightenment campaigns, enactment of reasonable laws, engagement of tension diffusing mechanisms, among others.

The Ekiti Council of Elders boss noted that everybody in the state is a legitimate stakeholder and must be involved in proffering solutions to the challenges of insecurity.

Papers were presented by the representatives of security agencies, academia, religious organisations and other non-state actors who were well represented at the conference.