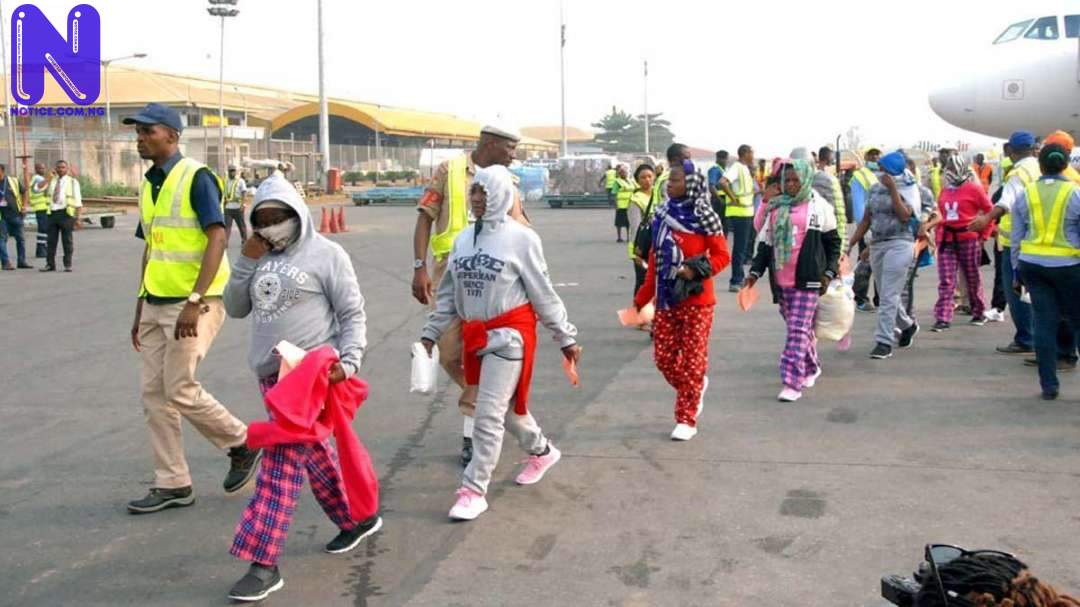 The National Emergency Management Agency (NEMA) on Thursday received another batch of 161 Nigerian People from Libya barely 72 hours after a similar number came back from the volatile North African country.

The Coordinator, NEMA Lagos Territorial Office, Alhaji Idris Muhammed, who received the new returnees, said that they were brought back from Sabha, a city about 774 kilometres from Tripoli, the Libyan Capital.

He said the Al Buraq Air with Flight No UZ389/03 and Registration No 5A-WAC arrived the Cargo Wing of the Murtala Muhammed International Airport at about 4:10 p.m.

“They were brought back to Nigeria under the Voluntary Assisted Repatriation by the International Organisation for Migration and special assistance by the European Union.

“This batch has brought the total number of Libyan-distressed Nigerian returnees to 322 within 72 hours,’’ Muhammed said.

A returnee, who is an indigene of Imo State, Ms Adaeze Nweze, told newsmen that she decided to leave Nigeria in 2015 without the knowledge of her husband because of hard life, saying that her husband could not care for her three children, NAN reports.

Nweze said she left Nigeria with the help of a woman she paid N1.6 million in Libya.

The returnee said she left Nigeria with a pregnancy and she tried to abort the pregnancy about six times but it failed.

She narrated that she had twins but one of the twins, a boy, died, while she brought back the girl.

Nweze pleaded that government should find a way to block the exit routes of irregular migrations, saying that many Nigerian People had refused to learn from the narratives of those of them that returned.

“Presently, our girls paid up to N3 million to get to Libya now and most of them were killed.

“I witnessed where 10 of my friends were killed with guns and buried.

“I am in serious pains, a boy, Gift, who happened to be the only child of his parents was killed and the parents were not aware yet.

“I pray that if I could be assisted with little money to operate a restaurant, I will be grateful to Almighty God,’’ she said.

The News Agency of Nigeria (NAN) reports that other agencies that received the returnees include, the Nigeria Immigration Service, Federal Airports Authority of Nigeria and the National Agency for the Prohibition of Trafficking in Persons.