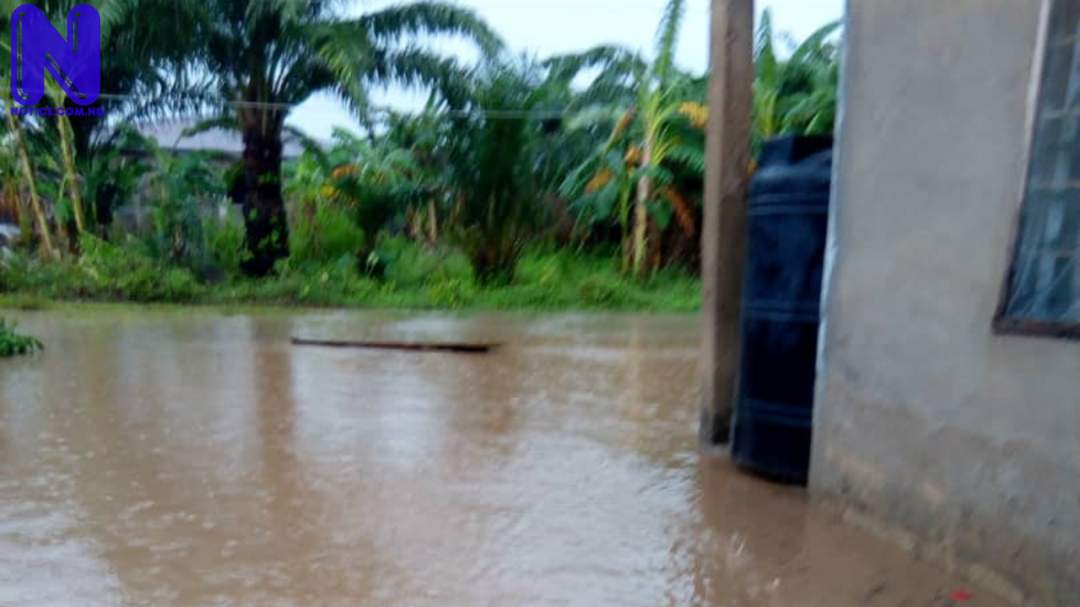 Some landlords in Ado Ekiti have had their properties destroyed by a flood that ravaged a section of the capital city, on Wednesday.

Most affected were landlords at Balemo and Tinuola Areas, off Afao road, Ado Ekiti, where the flood had surged into over ten buildings and destroyed property worth millions of naira.

The torrential downpour, which started on Monday evening and continued in the same magnitude on Wednesday and was said to have temporarily dislodged residents.

One of the victims, Blessing Oladele revealed to newsmen in Ado Ekiti on Thursday that the flood which flows from Christ’s School had massed with other tributaries and Elemi Stream, which resulted in a fast-flowing flood that ravaged the area.

“The flooding was caused by the erosion that flows down from Christ’s School at Fajuyi area and coupled with the fact that Elemi stream along Iworoko road that flows downward overflowed its bank and these two massings generated that flood that destroyed some houses in our area.

“It affected about ten buildings and we would record casualties but for the fact that we quickly ran out of our buildings with our wives and children to seek refuge in safer neighbouring houses.

“Apart from affecting some of the building walls and foundations, we have lost other valuables like electronics, clothing materials, beddings, Chairs, rugs, kitchen utensils to this flooding.

“The carnal was dredged during the first term of Governor Kayode Fayemi, but it has been blocked by debris Which I believe caused the blockade that led to the flood”, he stated.

Another victim, Mr. Sunday Ojo appealed to the government to dredge the affected carnal identified as the main cause of the destructive flooding.

“The carnal at Tinuola area needed to be dredged to be able to contain the water from upland. I also advise that dredging of Elemi stream will help in controlling erosion, because each time it overflows its bank, it pushes water backward that will affect that section and other adjoining areas”, he said.

The SEMA boss said his agency will go for an assessment to know the extent of damage and how best to intervene to control flooding in the area.