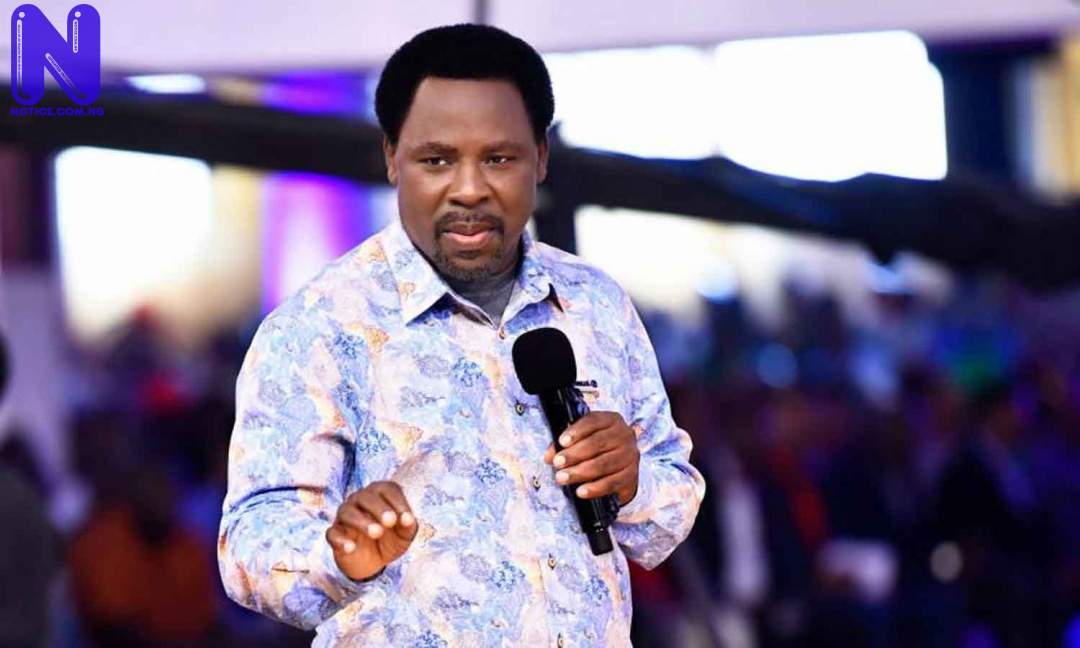 Barely four months after the death of Prophet Temitope Balogun Joshua, aka T.B Joshua, founder of The Synagogue Church of All Nations, SCOAN, the church is said to be involved in a leadership crisis.

The crisis is linked to the inability of the late Prophet to lay down a clear line of succession before his demise.

Recall that T.B Joshua had died on June 5, 2021, and was buried a few weeks after within the premises of SCOAN concerning so much fanfare. But, shortly after his burial, the succession crisis commenced.

T.B Joshua’s death led to a leadership limbo between his wife and some of his disciples, who felt she was not qualified to lead SCOAN.

Press observed that during the lifetime of the world-renowned preacher, T.B Joshua kept his wife and family away from the public eye and the politics in the church, this could be seen from the fact that he had removed Evelyn from SCOAN’s Board of Trustee, BoT. She was not very visible in the church activities.

While Mrs Evelyn Joshua was not visible, Prophet Racine, Prophet Joseph, and Evangelist Chris mostly stood in for T.B Joshua before his demise.

The leadership limbo has degenerated to a point where Joshua’s disciples and prophets were attacked and harassed by the board loyal to Evelyn.

Over the weekend, some of T.B Joshua’s disciples were evicted from their official residence in SCOAN, while others were held hostage in their rooms and their phones forcefully retrieved from them.

Going all out, the Evelyn-led leadership also dragged some church officials, including the prophets mentioned above, to the Economic and Financial Crimes Commission, EFCC, over alleged misappropriation of funds.

Amid the tussle, Evelyn initiated a move to force her way back into the church’s leadership.

This could be seen in the fact that she secured a court injunction returning her back to SCOAN’s Board of Trustees, BoT.

Justice Tijjani Ringim of the Lagos Federal High Court had ordered the appointment of Mrs Evelyn as a trustee of SCOAN in line with the church’s Constitution, which prescribes a minimum of three trustees for the church.

Mrs Evelyn’s appointment is said to be contrary to the action of her late husband who allegedly removed her from the board before his death.

In an attempt to lay the succession tussle to rest, SCOAN confirmed Evelyn as the new leader of the church over the weekend.

The church’s legal team also dismissed claims that Evelyn-led leadership harassed some workers and disciples of the late Prophet.

In a statement, sighted by Press, James Akhigbe, the Head of SCOAN legal Department, said some workers and disciples of the church are being audited over financial misappropriation shortly after T. B Joshua’s death.

Akhigbe, in spite of that, insisted that those affected are not subjected to any form of victimization, adding that the audit process was being carried out objectively under a regular and absolutely normal environment without any harassment.

Speaking on the leadership tussle, Bishop Ufuoma Bernard of The Godist Church warned that Evelyn’s emergence may lead to the dwindling of SCOAN’s fortune.

Bishop Bernard made the remark while accusing Mrs Evelyn of “muscling” her way into SCOAN’s leadership.

Describing the widow as “a Jezebel,” the clergyman recounted how the fortunes of some big churches dwindled after the wives of the founders took over, following their death.

According to Bernard, the church is not a family business.

“Evelyn Joshua is a Jezebel.