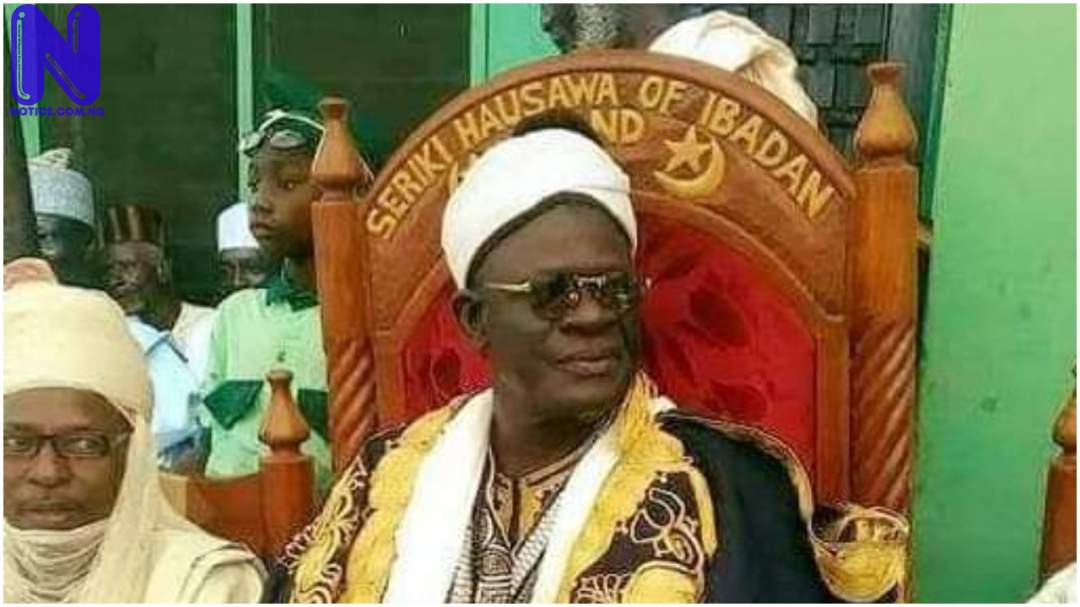 Press gathered that Zungeru, who is from Zungeru town in the present Kebbi State, died at the age of 76.

According to a source, the Sarkin Hausasawa died Sunday night around 9.pm.

Our correspondent learnt that the deceased died at his palace in Ibadan.

The position of Sarkin Hausasawa is the head of the Hausa community in the ancient town.

He would be buried today at 2.pm.

One of the close associates of the deceased confirmed the death to Press Monday morning.

He said, “Yes. It is true. He died yesterday night around 9.pm.

“He would be buried today by 2.pm As stated by Islamic rites.”