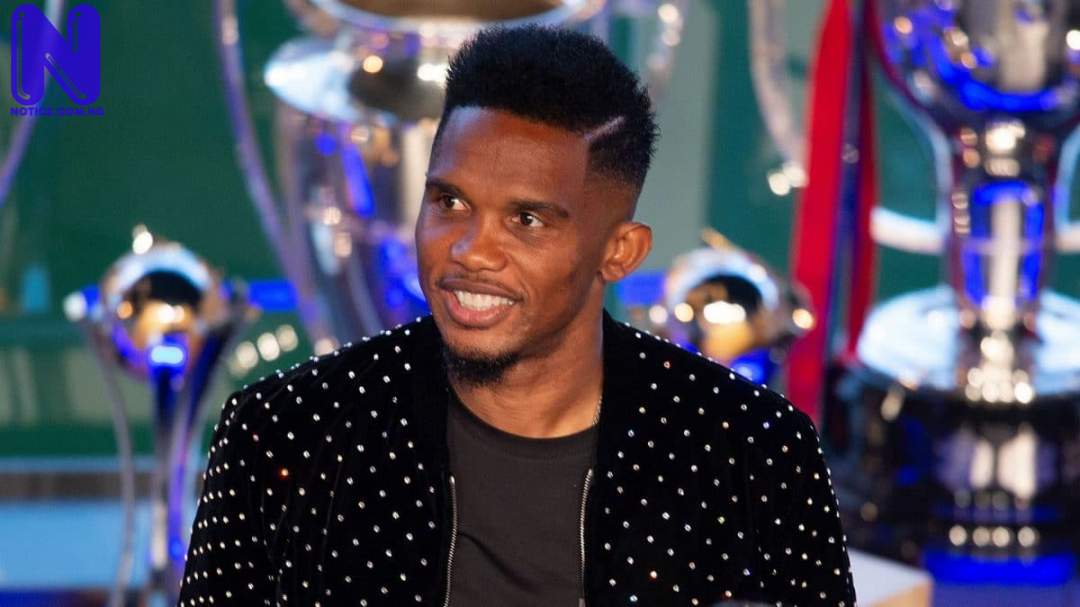 Four time African Footballer of the Year and twice African Nations Cup winner, Samuel Eto’o has advocated for funding to help people displaced by the Boko Haram insurgency in Nigeria and Cameroon.
While warning that the world is neglecting an escalating humanitarian crisis in West Africa, Cameroon’s record goal scorer fears the conflict and ensuing displacement are being ignored as global attention remains fixed upon Europe’s burgeoning migration crisis.
Speaking with Thomson Reuters Foundation after hosting a fundraising ball in London for the Yellow Whistle Blower FC initiative, Eto’o explained that, “There are different classes of crisis now and no one seems to notice the displaced in Cameroon, Chad, Niger and Nigeria.”
“When you see the population in refugee camps growing from 6,000 to 50,000 people in less than a year, you realise how serious the situation is,” Africa’s most decorated footballer added.

The Boko Haram sect’s bid to carve out an Islamist state in northeast Nigeria has killed thousands, uprooted 2.2 million people within the country and driven around 160,000 Nigerian People to seek refuge in Cameroon, Chad and Niger.
Cross-border raids and suicide bombings by suspected Boko Haram forces have displaced more than 80,000 people over the last year in Cameroon’s far North region, which is also home to 60,000 Nigerian refugees who have fled attacks by the militants since the start of 2013.