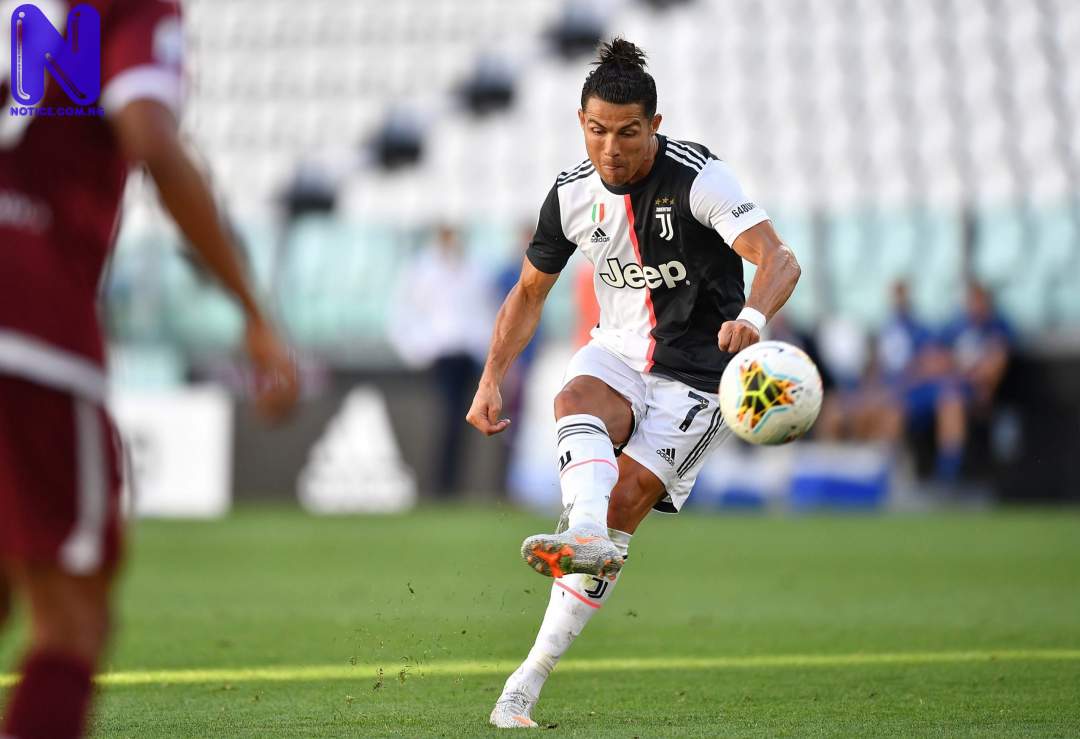 Juventus have been confirmed Serie A champions with two fixtures to spare, following a 2-0 victory over 10-men Sampdoria on Sunday.
Cristiano Ronaldo and Federico Bernardeschi both scored at the Olympic Stadium, as the Turin club retained the trophy.
The win saw them hit 83 points and open a seven-point lead over second-placed Inter Milan.
It is Juventus’ ninth consecutive league title, making them the only club to ever achieve the feat in any of Europe’s top five leagues.
It is also the Old Lady’s 36th official Scudetto title, extending their record as the most successful Italian club.
Juve manager, Mauricio Sarri, is also the oldest manager to win the Serie A title.